Insider:
No one's talking about defending IndyCar champ Alex Palou; how's he feel about it?

LEEDS, Ala. – Alex Palou may come off like he’s always happy – he’s been accused of such by his veteran Ganassi teammates Scott Dixon and Tony Kanaan – but if you push hard enough, there’s an edge to the 25-year-old Spaniard that’s starting to grow.

For months on end last year, as he landed his first three IndyCar victories, stood on the podium eight out of 16 races with a new team and eventually became IndyCar champion, Palou would reiterate some version of the same line: Why would he act all high and mighty, when his team meetings included six-time Astor Cup-winning teammate in Dixon and seven-time NASCAR Cup champion Jimmie Johnson?

There was such a desire among media and fans to find IndyCar’s next effusive personality in the young eventual champion, whether it be ‘ice cold’ Dixon, the effusive and personable Josef Newgarden, the quirky Will Power or the introspective Simon Pagenaud. Not only was Palou not any of those, but he didn’t come across like other members of IndyCar’s fiery ‘young gun’ class headlined by Pato O’Ward and Colton Herta. 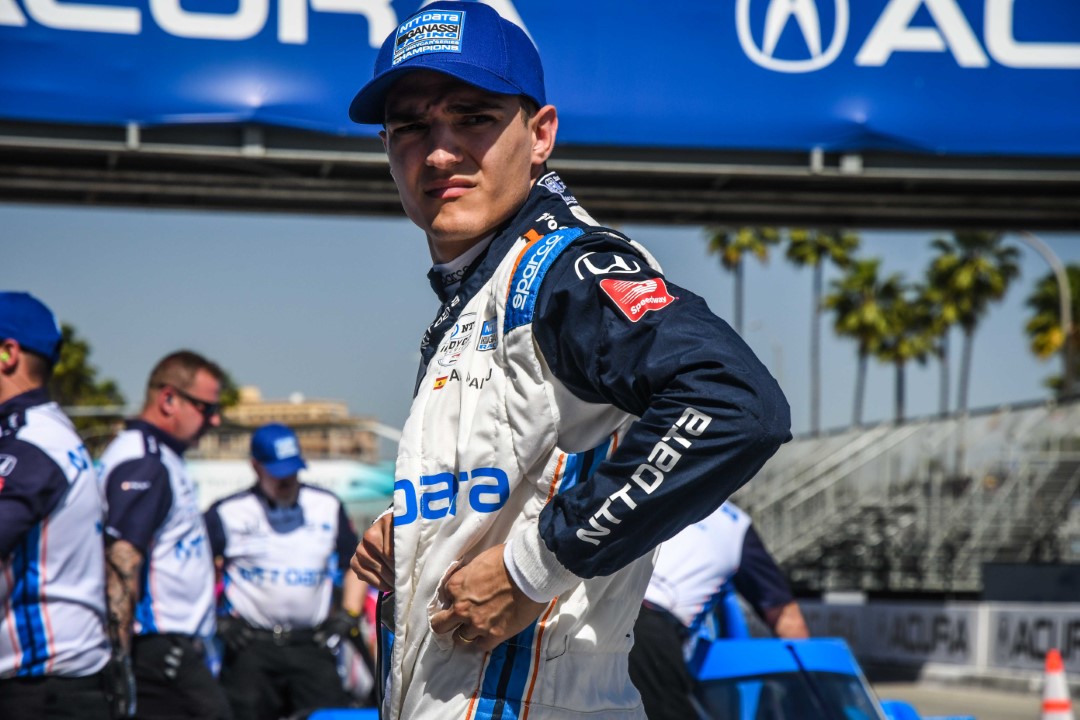 Palou wanted to downplay wins as much as possible. He didn’t want to let them drive him, let them change him at the risk of becoming anything other than the nose-to-the-ground highly-adaptive, reserved young driver he was and is.

“Whenever I have a bad weekend, that Sunday night or the Monday morning, I’m back starting to work, so I always know there’s somebody doing those same things when I win,” he told IndyStar this week. “So I cannot relax, because every weekend is so important.

“I’m surrounded by champions way, way more successful than I am. Winning one (title) is huge and amazing, but if you compare it to six and one 500 (win) from Dixon, it’s almost nothing. It’s just a start. And if you compare it to Jimmie, the same. Being surrounded by people bigger than you and better than you, I think it makes you think, like, ‘Oh, I won, I can relax a bit now.’ No. If you win one race, there’s still 17 in a season. Just that isn’t going to win you a championship.”

Holding onto that mindset in the toughest times very well may have won him his final two races of the year when, after sitting near the front but only leading during pit sequences at Road America, Palou was in the right place at the right time when race leader Newgarden’s car failed him on a restart with two laps to go. And in Portland, when Lap 1, Turn 1 chaos left Palou in the back of the field, he relied on solid strategy and the race craft that clinched him his first IndyCar pole earlier that weekend to work his way back and help eventually seal his championship.

Holding onto that mindset in the toughest times very well may have won him his final two races of the year when, after sitting near the front but only leading during pit sequences at Road America, Palou was in the right place at the right time when race leader Newgarden’s car failed him on a restart with two laps to go. And in Portland, when Lap 1, Turn 1 chaos left Palou in the back of the field, he relied on solid strategy and the race craft that clinched him his first IndyCar pole earlier that weekend to work his way back and help eventually seal his championship.

And yet, Palou held on, leading 56 of the 90 laps and holding off Power by four-tenths. That performance – the tire management, the fuel saving and the ability to pair it with confident, aggressive racing down the stretch – immediately won Palou the adoration of the bulk of the paddock, even if he tried to shy away from it.

Three races into this year, at a time he feels so much of the attention is focused elsewhere, Palou has accumulated more points than this time a year ago (103 vs. 100), despite having not won yet in 2022. His 3rd-place finish at Long Beach earlier this month, amazingly, gave him more finishes on the podium (10) than not (9) during his 19-race Ganassi tenure. And perhaps most importantly, given both this year’s podiums (including runner-up at St. Pete) came on street courses, he feels like he’s already showing marked improvement. Over his first six street course starts in IndyCar (his first coming in the 2020 finale with Coyne), he logged just one podium (3rd-place in Detroit Race 2) and had three finishes outside the top-10.

“It’s true, they don’t talk a lot about us,” Palou told IndyStar. “I remember after Long Beach, some one said to me before the podium ceremony, ‘Well, you’d had a rough start to the season after last year’s championship…’ and I was like, ‘Man, we’ve had two podiums and a 7th. I think it’s an amazing start.’

“There’s people not even in the top-10, and they talk about them a lot more than us, which is okay. I don’t really mind that. I’m not an influencer. I don’t need people to talk about me. But man, I have two trophies at home. I like it, I think this is an amazing start to the season.”

Heading into the first road course on the calendar, a track he loves as much as any due to it’s European feel with its long, high-speed corners, Palou admits there’s a slightly different feeling. In 2020, the team had tested at Barber twice in the offseason – both of which he felt went incredibly well, and days in which he, at times, paced even Dixon.

And last year, too, Palou couldn’t have asked for better performance in practice (fastest in Practice No. 1 and 4th in Practice No. 2) or qualifying (3rd, his second-best qualifying performance of the year). Whereas Road America and Portland forced him to overcome, or at least stay patient, Barber was a testament to capitalizing on the car he’d been given.

With the IndyCar field perhaps even tighter and deeper than a year ago, there’s no telling whether those same results will be there. But then again, maybe we’ll have a chance to see this ‘new-look Palou’ in action, at a place he loves the most and one which gave him indescribable confidence just over a year ago.

“I think we all think and trust in ourselves, but you need to do it and make it happen. Have a good weekend and just finish it and win,” he said of his first IndyCar victory. “Once you do that, it’s like, ‘Okay, that’s done. It’s one less thing I have to worry about,’ and you gain confidence because you know you can do it. You have the tools and the team around you and the ability to do it.

“That first (win) gives you so much confidence, and I was lucky last year that we had such a good start of the year with all that momentum that weekend built. Because that first win, it was the hardest.”