He used to get smuggled into IMS. Now, Roncalli grad experiences Indy 500 glory.

Mike O’Gara is a Roncalli grad who has just plotted and talked Marcus Ericsson into becoming the most unlikely Indianapolis 500 winner in years. He’s an emotional man, that’s his default setting, but now O’Gara is happy and drained, which makes this inevitable: He’s starting to cry.

“I’m sorry,” he says, smiling, and now he’s smiling harder, pursing his lips to keep the emotions in. He’s failing and nobody minds, because how often do we get a local story like this, this 106th Indianapolis 500 that drew a crowd of 300,000 or more and was won by a true Southsider, a little giant of a man who wrestled at 112 pounds for Roncalli?

“It’s just that my dad and my uncle raced here,” he says, and here it comes again, and he’s sorry but you understand.

This is a kid who grew up hurrying home from school each May to watch the last two hours of Indy 500 practice, which they’d show on television. His dad and uncle were engineers and mechanics for small Indy car teams fighting for a foothold in the 1980s, and in those days you had to be 16 to get into IMS. Well, that wasn’t going to work. Mike O’Gara had to be here on weekends, had to help his dad and uncle.

So here’s what they did:

They’d bring a stack of four tires into IMS. They’d do this every day, his dad and uncle. They’d stack those tires on a golf cart, one on top of another — about 5 feet tall, give or take — and they’d drive those tires into the garage.

And then, from inside those stacked tires, Mike O’Gara would climb out.

He’s not crying now. But if you want to, please. Go ahead. Because how beautiful is this story?

Look, we need to discuss the race. You want to know more about Mike O’Gara, and you’re not the only one. I’m keeping him so long inside the IMS Media Center, a Chip Ganassi team member very politely pulls me away, handing me a card and making the universal “call me” sign. We’ll get back to O’Gara.

But first, the ending to the 2022 Indianapolis 500: Scott Dixon is wiping what appear to be tears from his eyes, and Marcus Ericsson is wiping milk from his face. Ericsson won this race because he deserved to win, and because Dixon deserved to lose, and I can’t decide which is more absurd.

Scott Dixon doesn’t make mistakes. They don’t call him “The Iceman” because he melts under pressure, but that’s what happened Sunday when Dixon had the fastest car but made the silliest mistake. Coasting into the pits for the final time, everything lined up for his second Indy 500 win — the fuel, the field — Dixon failed to slow his car below 60 mph entering pit lane, sending him to the back of the field as he could be heard on the radio saying what everyone else was thinking:

“You’ve got to be kidding me.”

Dixon, a six-time IndyCar series winner, doesn’t lose this race. Not like that. And Ericsson doesn’t win it. Not based on his track record here, where he has qualified with some success — 13th in 2019, 11th in 2020, ninth in 2021 — but raced with none. He finished worse than he started in each of his first three attempts here. In order: 23rd, 32nd and 11th.

But here was Marcus Ericsson, who started fifth on Sunday — he always qualifies well here; big whoop — making the first big move of the day, passing Ed Carpenter for fourth place just a few laps into the race. He stayed near the top the rest of the day, consistently turning fast laps as his tires survived the heat and his car survived the madness in Turn 2 and his luck held.

After a Lap 194 crash by Chip Ganassi Racing teammate Jimmie Johnson, the latest victim of rising temperatures and disintegrating tires and Turn 2, the final six laps were thrown into chaos. Ericsson was in first place, yes, but anything was possible. Pato O’Ward was inches off his rear, weaving back and forth menacingly, like a rattlesnake. Tony Kanaan was lurking. The crowd was roaring.

And here’s what Mike O’Gara told his driver before the restart that would decide this race:

True. In six laps, this race was going to belong to Marcus Ericsson. And to the wrestler from Roncalli.

Mike O’Gara did, because he’s a Roncalli guy through and through. He graduated in 1990 and sent his children to Roncalli, his son Austin graduating in 2014 and his daughter Reagan in 2019. Tully is the most beloved administrator in Roncalli history, a former football coach who was elevated to assistant dean in charge of enthusiasm. Seriously, that was his title.

“I wanted to be there,” O’Gara’s telling me Sunday, after his team won the Indianapolis 500, “but we’re racing.”

Well, there is that. O’Gara is Ericsson’s strategist, on the road for most of eight months. No time to get home for retirement parties. But he’s telling me to pass along a hello to Mr. Tully, which I just did, and trying to get me to focus more on his driver.

This guy, he’s saying of Marcus Ericsson, has what it takes to be a star. He has the skills, focus and race IQ. That makes Mike O’Gara’s job easier, he wants to me to know. 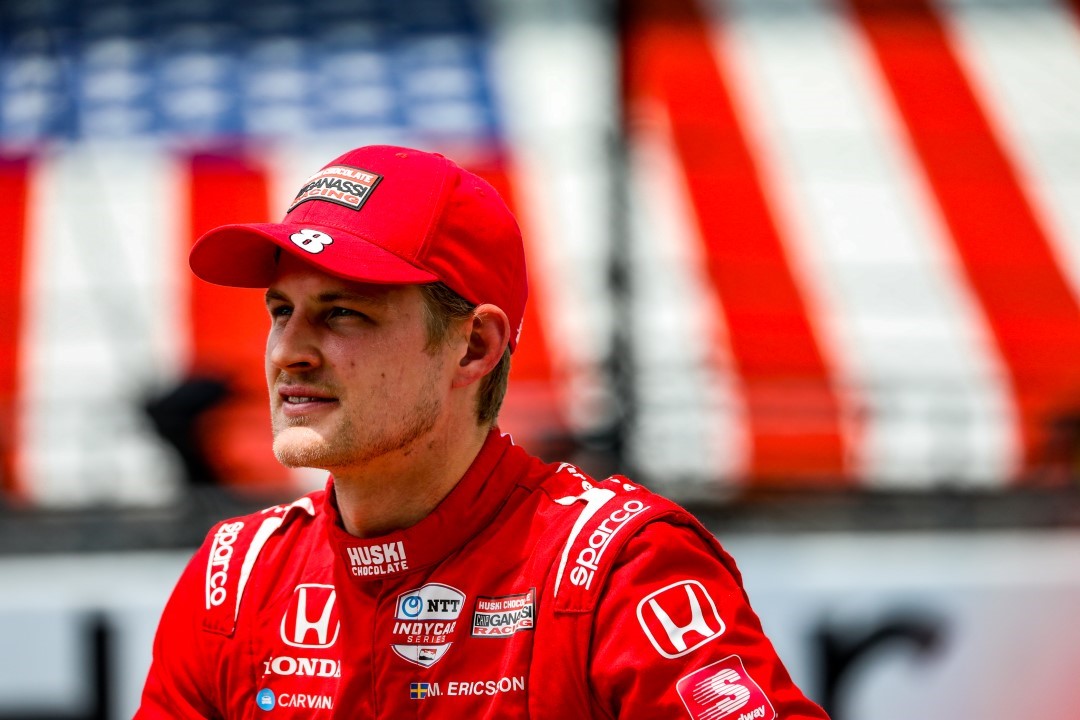 “I don’t physically do anything,” he says. “I stand there and talk on the radio and think about stuff.”

O’Gara and Ericsson's race engineer, Brad Goldberg — a graduate of Ben Davis High and Purdue, I'm serious — believed their car had the stuff to win this race. Especially with luck dealing their team a few aces, as it does for most Indy 500 winners.

Rinus VeeKay, who started on the front row and ran in the top three for 38 laps, went into Turn 2 on Lap 39 and didn’t come out. His car wobbled, wiggled, and spun into the wall, his day ending in an explosion of fire. Another front-row starter, Dixon the pole winner, made an inexplicable error after leading a race-high 95 laps that had even competitors offering thoughts and prayers.

“I feel extremely bad for him,” said ageless Tony Kanaan, the 47-year-old fan favorite who finished third on Sunday, his first Indy 500 podium since he won it in 2012. “That’s the kind of thing that will haunt (Dixon). It’s one thing when something out of your control happens, but when we as drivers make a mistake, it’s pretty hard.”

With VeeKay and Dixon out of the way, and with deceptive speed — “(Ericsson) out of nowhere came out with insane speed, came up by me like I was standing still,” said O’Ward, the runner-up — Ericsson just needed to make sure he didn’t run out fuel.

“He understands that, and that makes my job easy,” O’Gara was telling me, deflecting some more, refusing to take credit, which makes me so mad I’m reminding him that he wrestled at 112 pounds at Roncalli, as a senior no less, and I’m wondering how tall he is.

O’Gara stands up a little straighter and says, “5-foot-7.”

Now O’Gara is stifling laughter before pulling off his hat to reveal a balding head and saying we have the same hairstyle, a low blow unbecoming of a Roncalli grad. Before Roncalli, though, he was that kid sneaking into the garage, painting the floors, sweeping, finding a way to stay busy.

“I wasn’t allowed to leave the garage because the yellow shirts were more ornery than they are now,” he says. “I would sit there and just soak in everything that I could.”

Eventually he’s 16 and walking proudly into IMS, then he’s at Purdue majoring in mechanical engineering, then he’s getting his start in the late 1990s with Dreyer Reinbold Racing. He marries Stacy and they send their kids to Roncalli, then the University of Dayton. Reagan, 21, is going to be a schoolteacher.

And Austin, Mike O’Gara’s son? A chip off the old block, that kid. Austin’s an engineer in Ford’s World Rally Championship racecar program. The next race starts Thursday in Italy.

“He leaves tomorrow for Sardinia,” Mike O’Gara’s telling me. “It’s his birthday today.”