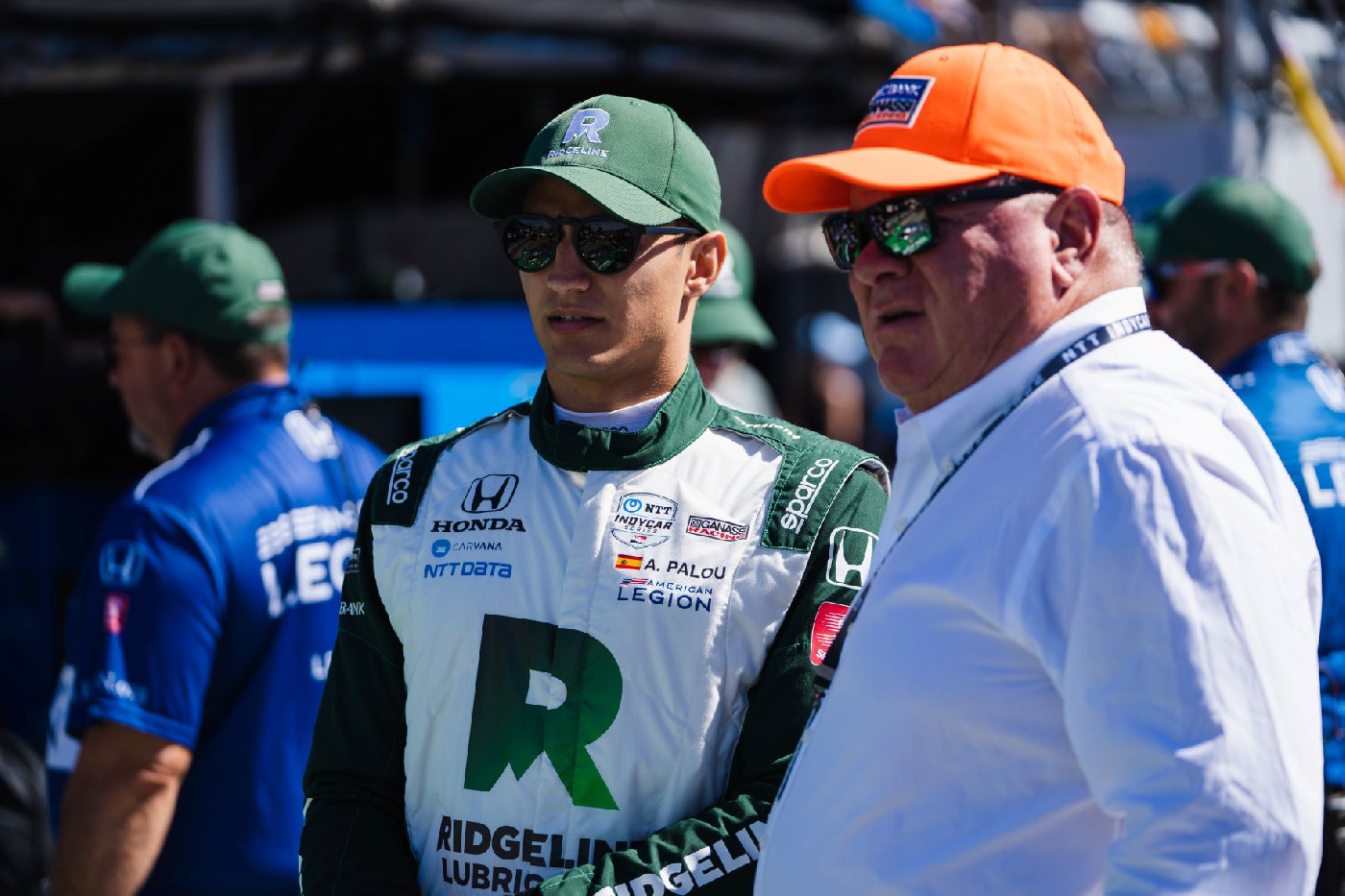 The fruits of Alex Palou’s success in North America will be on display for a global audience on Friday as the NTT IndyCar Series title winner makes his Formula 1 race weekend debut in Free Practice 1 with McLaren.

His journey back to Circuit of The Americas, the site of his first official IndyCar test, is part of a most unlikely story that started with his arrival as an unheralded prospect in 2020. Plucked out of the Japanese Super Formula in a co-entry between the IndyCar stalwarts at Dale Coyne Racing and Kazumichi Goh, the Spaniard made a decent impression on the field as a rookie. But there was nothing to suggest he was destined for stardom.

That dynamic was radically changed after he signed with Chip Ganassi Racing. Supercharged by winning the IndyCar championship on his first try with the team in 2021, Palou went into 2022 with newfound energy and interest in exploring his options outside of IndyCar. Formula 1, specifically, captured the 25-year-old’s attention. Most young open-wheel drivers dream of being on the F1 grid, and with his sudden rise in IndyCar — plus the new qualification for a Super License — a new door was opened.

It’s been decades since an IndyCar champion took part in a session during an official F1 event; 1999 CART IndyCar Series winner Juan Pablo Montoya was the last as he, like Palou, vaulted from claiming an IndyCar title with Ganassi to reach F1 in 2000. As a representative for the entire IndyCar field, a group that’s often maligned as second-tier talent, Palou knows all eyes will be on him during FP1 at COTA.

“I think first of all, it’s a shame that there’s not more calls [from F1 teams] to IndyCar drivers,” Palou tells RACER. “I remember when I first saw [Team Penske’s] Josef Newgarden winning the championship, it was like, ‘Come on, you need to get this guy a chance.’ But it never came. And then now it’s probably too late. But I’m super-happy that I got the opportunity.

“Maybe the way I got here — starting in Europe, going to Japan, going to the U.S., winning in IndyCar and finding enough support to get to F1 — is not the normal way. But I am glad that everything worked out the way it has. We finished really strong in 2022 on the last race at Laguna and now it’s like my season is still going, testing with McLaren at Barcelona, the Red Bull Ring, and now COTA. COTA is where I got my real IndyCar start, and that’s going to be pretty special to do this now in F1.”

The road to FP1 in a McLaren MCL36-Mercedes required an inordinate amount of paving and smoothing in recent months after Palou spent most of the summer locked in a contentious battle for his services between Ganassi and McLaren. With the heated scenario behind him, Palou, who returns to Ganassi in 2023 for his third season with the team, expressed his gratitude for the life-changing events that have taken place since joining the series and eventually landing with the team managed by Mike Hull.

“I think I’ve been lucky in my career that I always got that next opportunity that led me to something bigger,” he says. “That’s starting here with Dale Coyne when he gave me the opportunity to race in IndyCar. My season in 2020 wasn’t great. Wasn’t bad, because we got a podium and we were up there in qualifying for the Indy 500, but it maybe wasn’t as much as we needed to get a drive for a top team. Especially Ganassi.

“I didn’t know Chip, or Mike Hull. But I trusted myself and knew I could do a good job if I got a chance, and these two guys were supporting me, and more people were inside the Ganassi group, but especially Chip and Mike, to give me the opportunity. They trusted me, they invested in me, and we won the championship. It was quite amazing. Without that move, you don’t get the championship. Without the championship, you don’t get an F1 opportunity. All that started with a little bit of faith from the Ganassi team. I’ve been lucky.”

From their first test in November of 2020, Palou found instant chemistry with the Ganassi team and the crew responsible for his No. 10 Honda entry. Winning on his debut, Palou claimed two additional victories and eight podiums from 14 races on the way to the title. Those bonds would be tested at the halfway point of their 2022 campaign.

As tempers flared over the summer and he sought every avenue that was available to leave Ganassi for McLaren, relationships within the team suffered as Palou spoke openly of having no interest in remaining in the 10 car. With the benefit of time and a mutual agreement to continue racing together next year, most of the interpersonal wounds within the building have healed. Collectively, they’re moving forward, but as Palou says, the rift was too big to be completely forgotten.

“I have an amazing relationship with the group of guys I work with, with everybody,” he says. “I’m really comfortable to ask questions, to ask for stuff that I need, and it’s easy to learn when you’re in an environment like that. And also having great teammates like you have Scott Dixon; being able to work with Tony Kanaan, with Marcus [Ericsson], with Jimmie [Johnson]. They weren’t taking as much information from me as I was taking from them. So obviously, that helps you develop your skills, working-wise and also driving-wise.

“Now, going to the workshop, I don’t expect to not to talk to this guy or him not to talk to me. So it’s not like that, for sure. It’s not like we can pretend this thing never happened. But we decided to turn the page and get the most out of each other. I think we showed a little bit at Laguna that we could be super good and super fast and got the first win [of the season] for us at the last race. I wish that we didn’t have the 2022 season that we had, but the reality is that the way it ended and that outcome has been good for everyone.”

From the Ganassi side of the relationship, Hull wants everyone to concentrate on rediscovering the magic that produced a championship but went missing for long stretches last season.

“The thing we’ve always done at Chip Ganassi Racing is embrace athletes like Alex Palou who are able to separate themselves with an intangible quality, besides talent, to help us win,” Hull says. “And the path that Alex is on is exactly that. Once we came to an understanding with each other about what we’re trying to collectively do in 2023, we were able to make that a reality and we’re happy to continue with him.

“I don’t think the racing part of what we do between us ever changed. We still have that as a common denominator, and it was great. Alex is in the building, spending time with everybody like normal, and I think we all know what’s important for us in 2023 with Alex. And that is to find ways to win races. With the cooperation of a lot of good people and good partners, we’re going to find ways to win with Alex in 2023.”

Specific mentions of 2023 are made with intent as Palou is all but guaranteed to bid farewell to Ganassi and join Arrow McLaren SP one year later than he originally expected. He’s already made one firm decision about 2023 that should make continuing in the 10 car a bit easier.

“A thing I learned about this is that I’m not talking about my future anymore,” he says. “It just gets you in trouble. So that’s number one. And yeah, number two, we have the same mindset for 2023. I’m not going to allow myself to think about the future, even less to talk about it. So I’ll be 100-percent focused on the pre-season testing, then on the first race, and so on.

“We left some potential results in 2022 because of my fault, because of all the contractual situation and all that stuff and I don’t want this to happen again. And they want to give back everything that we left so we can go out and try to win the championship again. I think everybody’s happy. I’m happy, I know that Chip is happy and that we will go for it next season. I cannot wait to try and deliver some Laguna Seca-type races next season.”