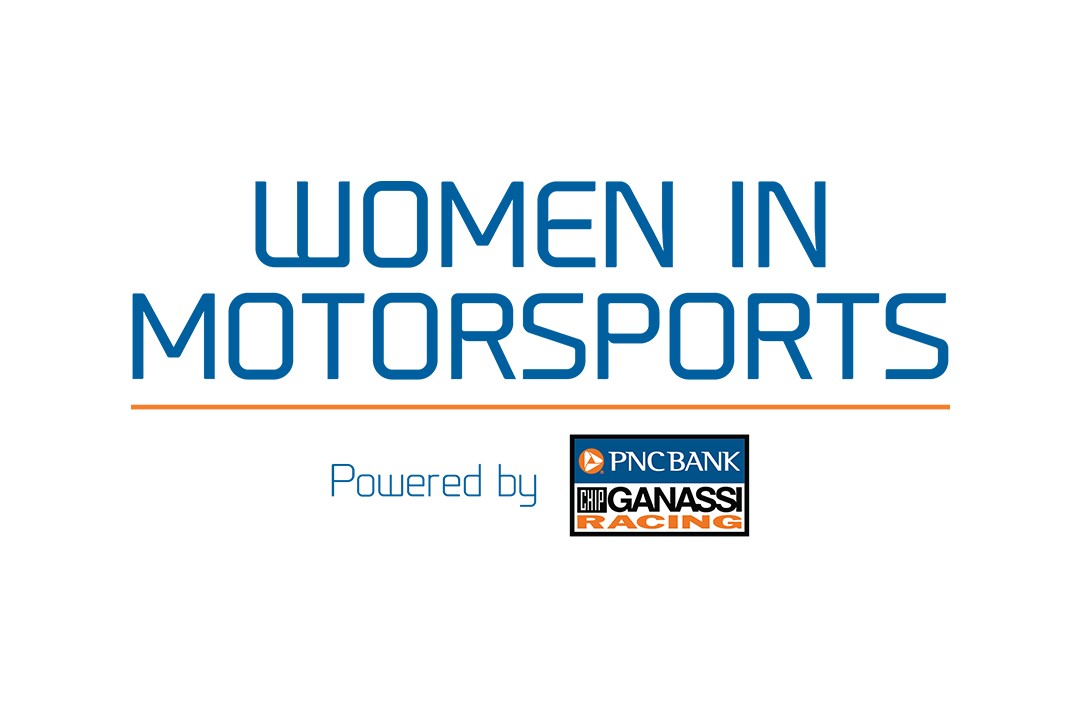 PITTSBURGH, March 8, 2022 - PNC Bank and Chip Ganassi Racing (CGR) announced today the launch of Women In Motorsports Powered by PNC Bank with Chip Ganassi Racing, a new campaign to drive awareness and support for gender equality and economic inclusion for women in the workforce. The initiative includes a thought leadership video content series showcasing female industry leaders and an internship designed to accelerate career pathways in motorsports for women.

Women In Motorsports brings an additional educational component to PNC’s active sponsorship with CGR, by providing a platform to fuel dialogue about the increasing importance of women as decision makers and influencers with employees, customers and race fans across the country.

“While women continue to make inroads in careers dominated by males, such as motorsports, tech and finance, much work remains in achieving greater access to highly skilled jobs and equal pay,” said Debbie Guild, PNC head of Enterprise Technology and Security. “Cultivating opportunities to build out the next pipeline of female innovators, entrepreneurs and business leaders is critical to closing the economic gender gap. We all recognize that a diverse workforce can spark innovation in the workplace and influence economic inclusion for all. This program shines a light on this business imperative.”

Through a unique video series, the Women In Motorsports campaign will highlight women in the CGR organization who have excelled in the field of motorsports. These women include: IMSA engineer Danielle Shepherd, INDYCAR engineer Angela Ashmore and INDYCAR mechanic Anna Chatten.

Additionally, CGR will facilitate the inaugural Women In Motorsports internship program engaging a select group of female college students in on-site learning and career-development experiences during the 2022 NTT INDYCAR SERIES season. The internship is open to eligible women attending a university, college or other higher education institution in the U.S. and includes a paid stipend and academic credit where applicable.

“Teaming up with PNC to launch Women In Motorsports reflects our commitment to help advance opportunities for women in the sport,” said Chip Ganassi, CGR team owner. “We’re excited to highlight the achievements of our team members and share a behind-the-scenes look at their contributions to this championship organization, which will hopefully help pave the way for female students to develop specialized skills in areas such as racing operations and engineering to information technology and athletic training, to name a few.”

Guild leads a broader corporate effort at PNC to champion equitable opportunities for women in the workplace. She, alongside other PNC and Chip Ganassi Racing representatives, will participate in unique Women In Motorsports-themed initiatives, chiefly in cities hosting the INDYCAR race circuit. These will include special events and other opportunities to engage audiences with the interns, CGR female staff, and CGR driver and six-time NTT INDYCAR SERIES champion Scott Dixon.

“We have the capabilities and resources of a big bank, but our Main Street Bank model allows us to be intentional in how we impact the communities where we live and work. We believe that acknowledging, respecting and supporting women’s ambitions, goals and priorities helps drive financial equality. It’s a philosophy that we’ve been focused on for more than 20 years,” said Guild.

PNC’s long-standing support for women and female financial decision-makers is evident across the organization, from a dedicated platform for Women's Business Development to nearly 4,000 PNC-certified women's business advocates active in their communities and committed to providing valuable resources for business development. This support is also demonstrated through Women Connect , PNC's internal employee business resource group with more than 11,000 members; Men As Allies, a program through which male employees support the advancement of their female colleagues; and Women's Leadership Development, a program to help prepare high-performing female employees for leadership roles.

PNC has been a partner of CGR since 2013. The relationship has expanded over time, with PNC becoming the primary sponsor of the No. 9 PNC Bank Honda driven by Dixon, who holds the record for the most wins among active INDYCAR drivers.

Chip Ganassi has been a fixture in the auto racing industry for over 30 years and is considered one of the most successful and innovative owners in motorsports. Today, his teams include four Honda cars in the NTT INDYCAR SERIES, two Cadillac Dpi’s in the IMSA WeatherTech SportsCar Championship and one GMC Hummer EV in Extreme-E. Overall, his teams have 21 championships and more than 230 victories, including four wins in the Indianapolis 500, eight Rolex 24 At Daytona victories, and wins in the 12 Hours of Sebring and the 24 Hours of Le Mans. Ganassi boasts state-of-the-art facilities in Indianapolis, where INDYCAR, IMSA and Extreme-E teams are located, and a corporate office in Pittsburgh. For more information visit www.chipganassiracing.com.

PNC Bank, National Association, is a member of The PNC Financial Services Group, Inc. (NYSE: PNC). PNC is one of the largest diversified financial services institutions in the United States, organized around its customers and communities for strong relationships and local delivery of retail and business banking including a full range of lending products; specialized services for corporations and government entities, including corporate banking, real estate finance and asset-based lending; wealth management and asset management. For information about PNC, visit www.pnc.com