When Scott Dixon came roaring down the front stretch of the Indianapolis Motor Speedway, his wife, Emma, was in a frenzy – an excited, stressed-out, overwhelmed blur of emotions.

Dixon's teammates Tony Kanaan and Jimmie Johnson stood calmly at the edge, bent over “The Ditch” that separates pitlane from the track prepared to turn their heads to the left once the orange and blue No. 9 flew by. Before Dave Calabro’s voice announced to the tens of thousands of fans in attendance that Dixon had just made Indianapolis 500 qualifying history, race rookie Johnson raised his right index finger.

Nonchalantly, as cheers and high-fives and hugs erupted around them, they turned to walk away. They didn’t need to see the video boards or hear Dixon’s pole-winning, record-breaking four-lap average of 234.046 mph.

“Because we knew the setup he had,” Kanaan told IndyStar on Sunday evening, after Chip Ganassi Racing’s own personal pitlane party had begun to die down. “Every run we did, we’d tell the other guy our downforce (level), and it kept going down and down, and you know with how much you’re taking off, how much quicker you’re going to go.

“That’s why Chip calls it ‘one team.’ When we put ourselves in that position, where one guy helps the other, we know the last guy is always going to get the benefit of it. That’s how we work.”

Of course, in order to do what Dixon did Sunday -- the fastest pole run in 500 history, eclipsing Scott Brayton’s mark of 233.718 mph set in 1996 -- he had to be Dixon, too. As much as he, Chip Ganassi and company will call Sunday’s feat one of teamwork, Dixon did a ton of work and took plenty of risk to put himself in position to make history.

Dixon turned in a disappointing (by his standards) 10th-best four-lap average in Saturday's qualifying and may have been saved by a series of lightning strikes that ended the day prematurely with several cars waiting in the Fast Lane to try and knock him out of the Fast 12. Sunday, Dixon was the first of his five CGR teammates to roll off for their Round 2 qualifying runs.

So he was running relatively blind when he threw down a mark that the nine ahead of him couldn’t touch. Though the five-time 500 polesitter turned just the third-fastest opening lap (233.907 mph, behind Ed Carpenter and Rinus VeeKay) of the round, his level of consistency, management of his tires and ability to get more out of a higher downforce car than his teammates did helped complete a run unmatched.

By the time a Fast Six started with three of his four teammates running before him, you might as well have given him the $100,000 check

“(My run) felt really good, but there was more grip there with the sun going away, and it was too easy to drive, if it’s ever easy around this place...” Marcus Ericsson said, trailing off. “I was pretty sure (Scott) was going to get it because I know how good our cars are and how he can drive such a light downforce car around this place like I’ve never seen anyone else able to.

“He’s the king of this place, that’s for sure. But it doesn’t mean I’m not going to try and beat him next Sunday.”

Beside Dixon next Sunday will be teammate Alex Palou, who was holding the provisional pole Sunday afternoon until Dixon rolled off for the finale time. Knowing Ganassi was guaranteed the pole gave Dixon a little added bravado and bravery, Dixon said. As much as he’d already been on the edge in his first run – including a bobble on the final lap that cost him nearly a full mile-per-hour off his Lap 3 speed – Dixon said he and his team were able to set the car up as they did because of the laps they’d seen Palou turn minutes earlier.

“I prefer not to know (about the setup). I just asked (engineer Michael Cannon) to be fast and that it would stick,” Dixon said. “It’s open book (through CGR). I think everybody does a great job of that, and you have to buy-in. You have to be willing to share, and I think that’s always been the environment since I joined this team 20 years ago.

“Our first run was already super aggressive, so we didn’t want to overstep it, but then when we finally saw what (Palou’s car) did, we trimmed it out just a little bit more than he did. That was it.”

Race day, of course, will be another story entirely.

“I wish they were just backing me up, but that’s not the case,” Dixon joked. “I’m sure before lap one is over, Palou will be trying to pass me.”

Just behind the front-row Ganassi duo sits another in Ericsson (5th) and Kanaan (6th). Johnson, the speedy rookie with unparalleled racing experience on ovals, is lurking in 12th after a massive slide in Turn 1, Lap 1 of his Fast 12 run gave him too large a mountain to climb over his final three laps.

“I think Jimmie, he had a good shot (at the Fast 6) as well, but he had that big moment,” Ericsson said. “I was really impressed. He had such a good run. You don’t get much closer to crashing than that.”

Added Ganassi: “That was unfortunate, but (Johnson’s) a stellar guy. He can win this race too.”

'There's only one lap around this place that counts'

But winning with one of his five drivers, Ganassi knows, will be another feat entirely. After a six-run year where the racing gods seemed to look down fondly on CGR while at the Racing Capital of the World (four wins from 2007-12), the team has come away winless over the last nine won by five separate teams. During that stretch, Dixon has won five of his six 500 championships (the team has six with Palou’s a year ago), and the best driver of his generation will now have four 500 pole starts. 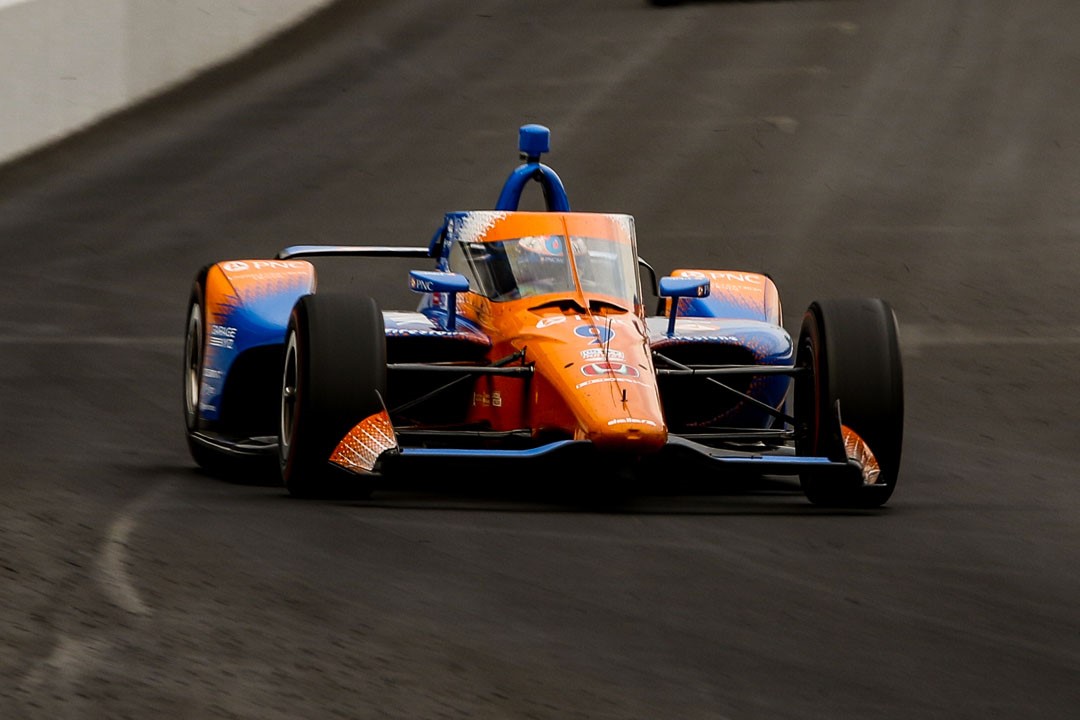 Ahead of this weekend’s qualifying, CGR’s race cars were the talk of the paddock, with Dixon finishing runner-up in nearly every session and Johnson often not far behind on the time charts. Saturday morning, Dixon became the 13th-fastest 500 driver in practice in the race’s 106-year history, and Johnson jumped into 14th. In Sunday morning’s practice, Dixon turned a faster four-lap average on a qualifying run than Ed Carpenter’s second-fastest lap in the field.

But all those can quickly turn into fun answers to Jeopardy questions if one of the team’s five crews can’t capitalize in a week.

“The hard part is we’ve seen some of the horror stories of when teams have expanded,” Dixon said of his team’s new five-car effort. “Even when we were a two-car team, things obviously flowed a lot easier just because there’s less people and there’s not much to manage. This was a huge feat, and I think (Chip) has five great cars that have a shot at winning this race.”

Ganassi himself clearly recognized the relative futility in over-celebrating Dixon’s pole because the bigger, better prizes still await. There have been highlights over the last year but it also hadn’t been nearly enough.

“Yeah, we’re kings of this place for this weekend, but next weekend’s a whole other one,” Ganassi said. “Let’s face the facts. We haven’t won the race in 10 years, and that’s what we need to do. It’s nice to win the pole, but there’s only one lap around this place that counts, and it’s the last one next Sunday.