How No.99 GMC HUMMER EV Chip Ganassi Racing became the first reserve team to compete in an X Prix Final 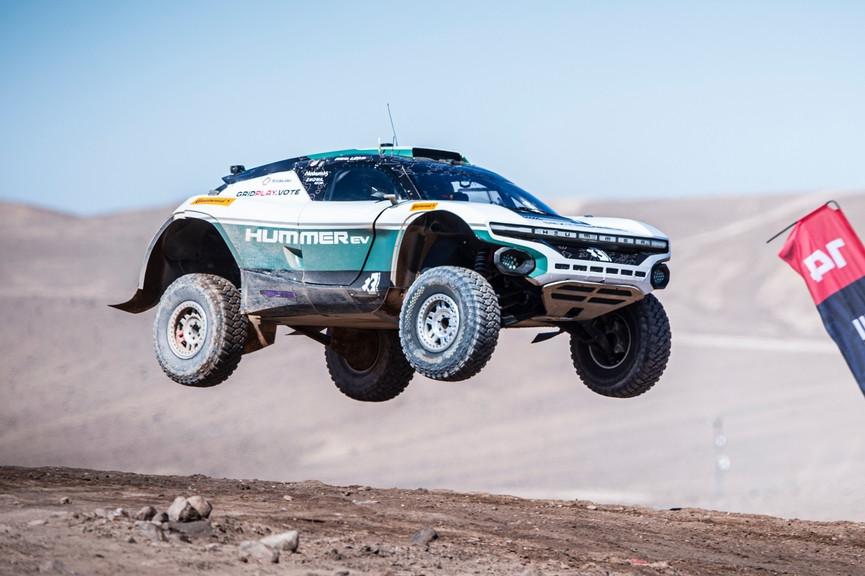 A dramatic twist of events saw No.99 GMC HUMMER EV Chip Ganassi Racing enter the Final as first reserve in Chile. We caught up with drivers Kyle LeDuc and Sara Price following their rollercoaster of a Finals Day in the Atacama Desert

As the five Antofagasta Minerals Copper X Prix finalists made their last preparations on the start line, No.99 GMC HUMMER EV Chip Ganassi Racing were in their garage, downcast as their championship title hopes were crushed following third place in Semi-Final 1.

However, after Rosberg X Racing [RXR] were ruled out of the Final due to a technical issue, LeDuc and Price were rushed into action, frantically changing into their overalls as they took their place as the first-ever reserve team to appear in a Final. 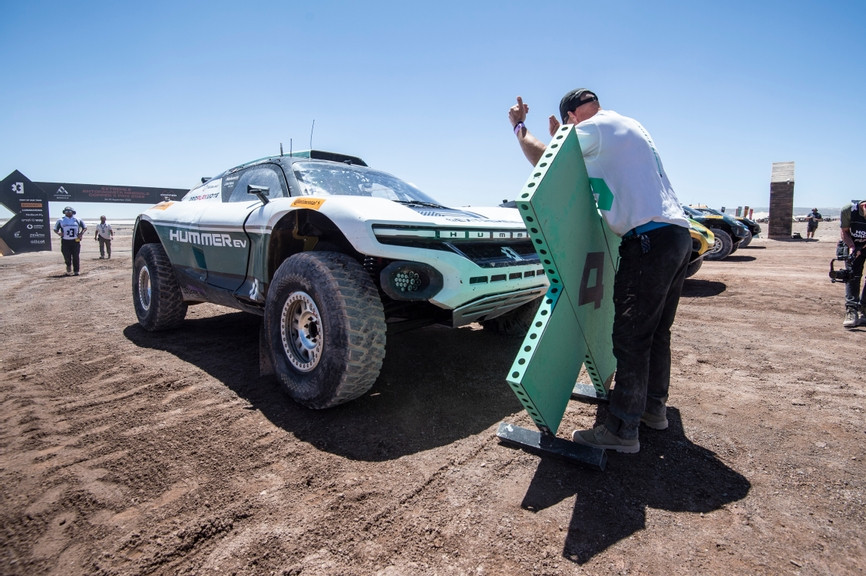 Walking into the most unlikely of surprises, No.99 GMC HUMMER EV Chip Ganassi Racing were characteristically straight into the thick of the action.

Their joy was to be short-lived, though, as penalties accrued in the Final dropped them off the podium and down to fourth overall.

LeDuc said: "Even though there was a very slim chance of our GMC HUMMER EV team getting that call, we were still wanting to hold on to hope and remained ready just in case.

“The adrenaline was absolutely pumping once we got the call, but the team did a really great job of jumping into action. I was able to take a deep breath at the starting line and re-focus. 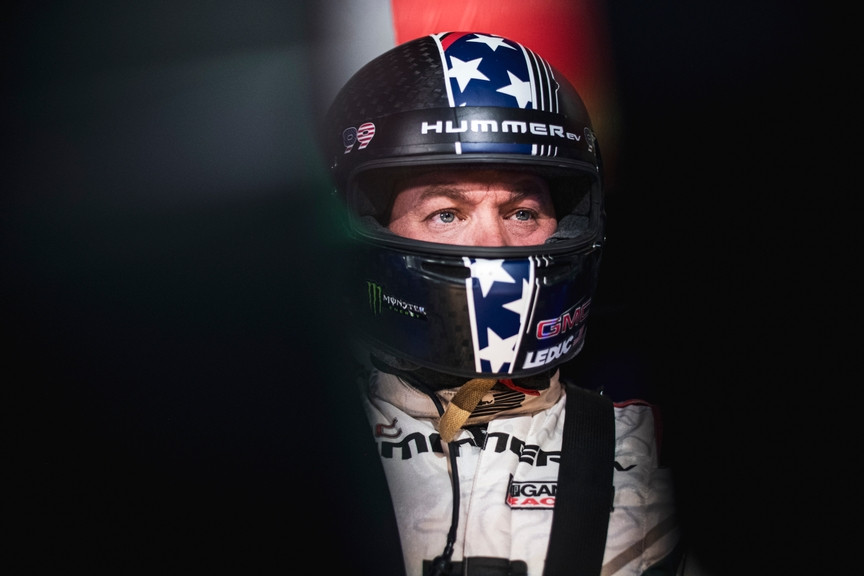 “Certainly, we were disappointed that the final official result didn't reflect our second-place racing effort, but I'm very proud of the group and their efforts. We are still in the mix heading into the last race in Uruguay.

“We're hoping that all the work we've put into. these two seasons will lead to huge results across the board."

Price added: “We probably had about two minutes to get our gear on and then just scrambled, I have honestly never put a suit on that fast in my life! But yeah… talk about an emotional roller-coaster.

“I couldn’t be more proud of our team because it was a crazy day to say the least. The whole weekend was crazy, and our team took every chance we could and handled everything that was thrown at us. 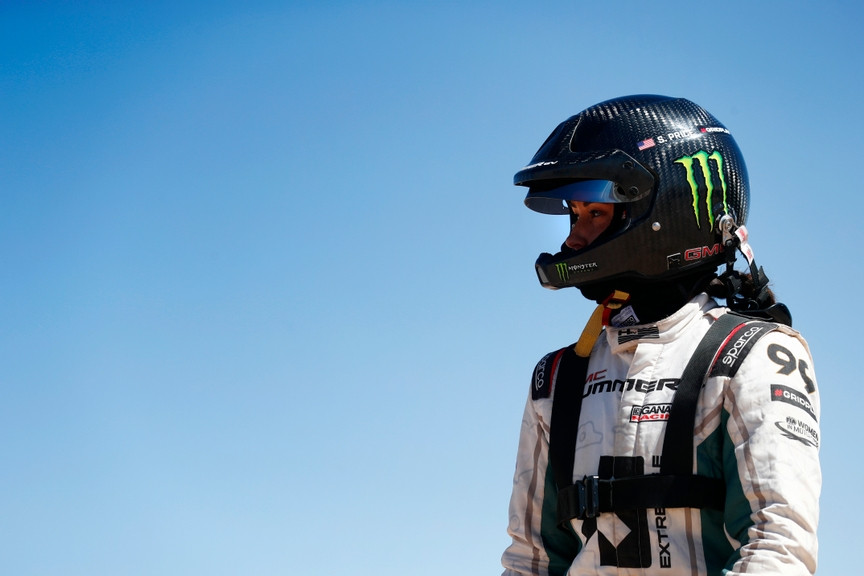 “The first time in the championship’s history, I never thought that could happen. It definitely changes everything, and not just for us but for all the teams because RXR had quite a lead.”

The extra points gained ensured that the team remain in the championship hunt going into the finale in Uruguay, albeit with a 28-point deficit to leaders RXR.

Although a very slim possibility, anything can happen in Extreme as LeDuc and Price would attest to after their incredible Finals Day in Chile. 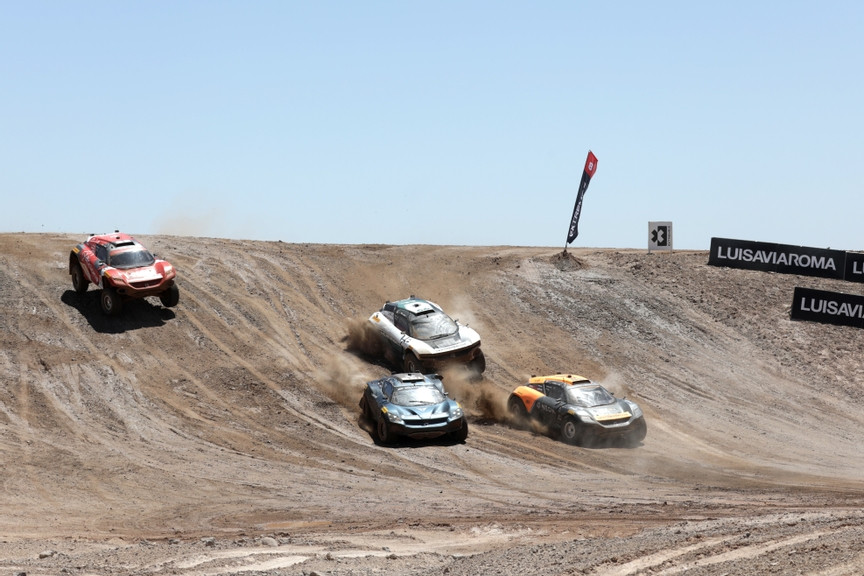 Find out if No.99 GMC HUMMER EV Chip Ganassi Racing claim a maiden championship triumph at the Season 2 finale, the Energy X Prix in Punta del Este, Uruguay, on 26-27 November.