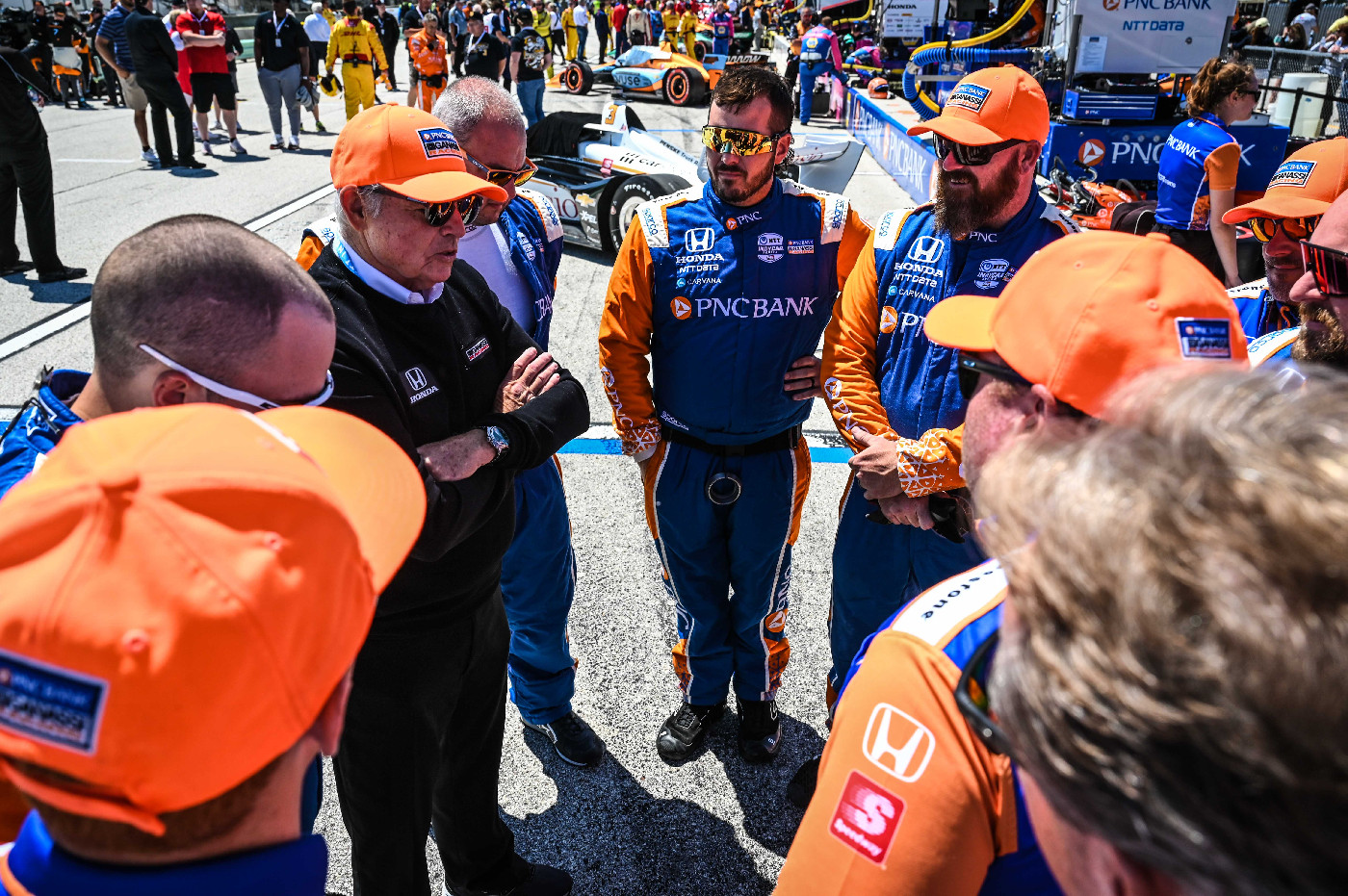 With just five races left on the NTT INDYCAR SERIES calendar, Chip Ganassi Racing will look to remain atop the points leaderboard after a home race at the Indianapolis Motor Speedway Road Course.

Scott Dixon has continued to climb the standings in the second half of the season. He has finished in the top-5 in each of his past four races, including his first victory of the year on the Streets of Toronto.

Teammate Marcus Ericsson has claimed top position atop the points leaderboard since winning the 106th Running of the Indianapolis 500. 62 days later, Ericsson will return to compete at the venue for the first time as a 500 winner.

The Swede has been dominant on road course races this season, earning the most points (120) across the field on such tracks. At the GMR Grand Prix earlier this year, Ericsson charged hard through the rain and moved up from a starting position of P18 to finish in P4. His gain of +14 positions was the 2nd-most in the field in that race (Pagenaud: +18). Ericsson also led the field for 10 of 85 laps in the race. 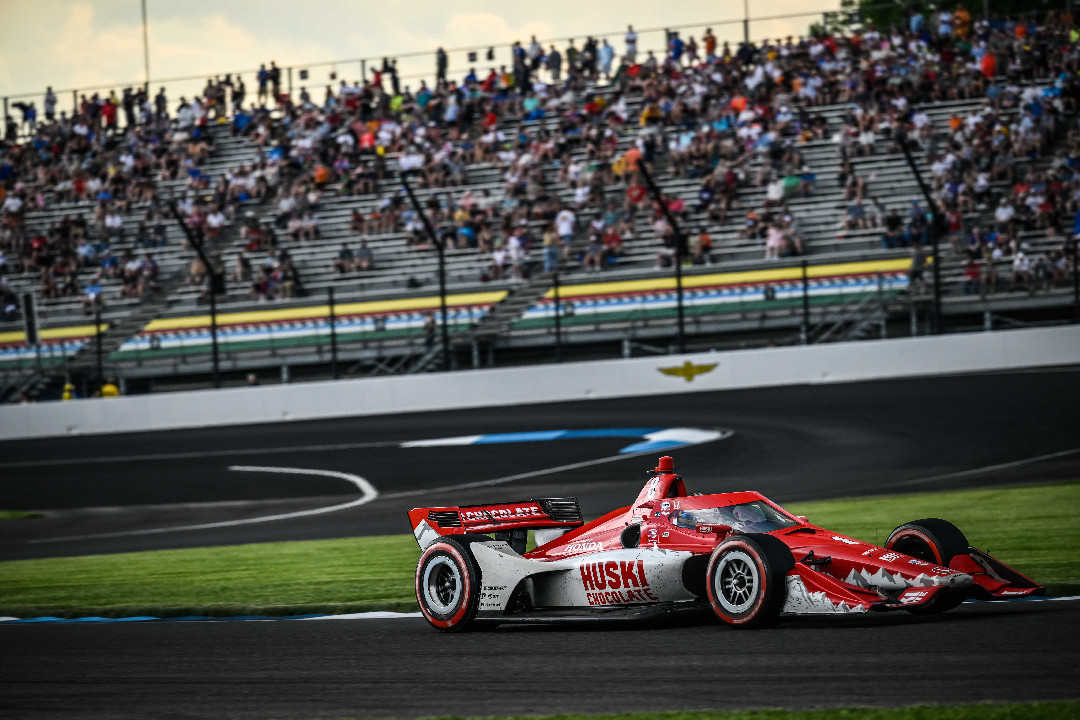 Alex Palou has also been quite successful in navigating traffic at the Indianapolis Motor Speedway Road Course. Since the start of 2020, Palou has gained +39 positions from the start to finish of the six races held at the track, tied for the most among the field (Harvey). 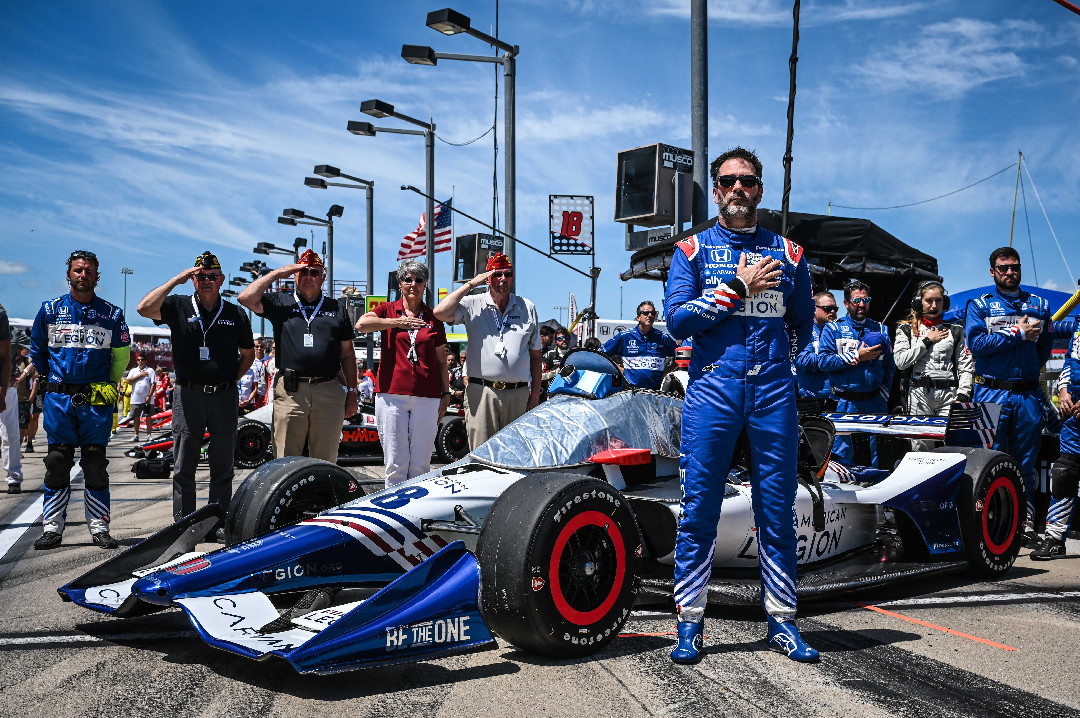 Johnson navigated the rain and traffic in the previous Indianapolis Motor Speedway Road Course race this season, finishing P22 after a starting position of P29 (+7).

Marcus EricssonNo. 8 Huski Chocolate Honda“I’m so excited to come back to Indianapolis Motor Speedway for the first time since winning the 500. The road course also brings good memories, finishing fourth there earlier this year. It should be a good track for us, coming off of Iowa where we struggled a little bit more than we wanted. We knew it would be a difficult track, but we had two top eights and are still leading the championship. It’s always close at the Indianapolis Road Course, but I’m looking forward to it and feel like the No. 8 Huski Chocolate Honda is going to be strong.”

Scott DixonNo. 9 PNC Bank Honda“It’s a big weekend with INDYCAR and NASCAR at the Indianapolis Motor Speedway. It’ll be a compact weekend but the weather looks really nice; not too hot like we’ve had in the recent past. It’s been a tough track on the No. 9 PNC Bank Honda team, in general. We definitely have some work to do and hopefully we will have a smooth race. We are right there in the championship fight, though it’s very tight within the top six positions. We’ll definitely need to have no mistakes, get after it on the track and get maximum points.”

Alex PalouNo. 10 The American Legion Honda“I’m so excited to get back to the Indianapolis Road Course. Iowa didn’t work quite well for us, but we kept fighting and got the car back home in one piece. It’s time to push hard. This road course at the beginning of the year was good for us in terms of performance, so can’t wait to go there and show what we’ve got. We’re getting to the end of the season almost; it’s going to go by quick. It’s time to push hard and get that No. 10 American Legion in victory lane this weekend.”

Jimmie JohnsonNo. 48 Carvana Honda“I’m really looking forward to getting to Indianapolis and racing on the road course track, where I have the most experience and laps on. Coming off a great weekend in Iowa, I’m looking forward to building on that and hopefully having a career best on the road course this weekend. I’m also very excited to see my friends from NASCAR with the doubleheader. Race fans will have a great weekend with all these things coming their way.”

Be sure to catch the Gallagher Grand Prix on Saturday, July 30, at 12 PM ET on NBC, and follow along with the Chip Ganassi Racing team on Twitter @CGRTeams.