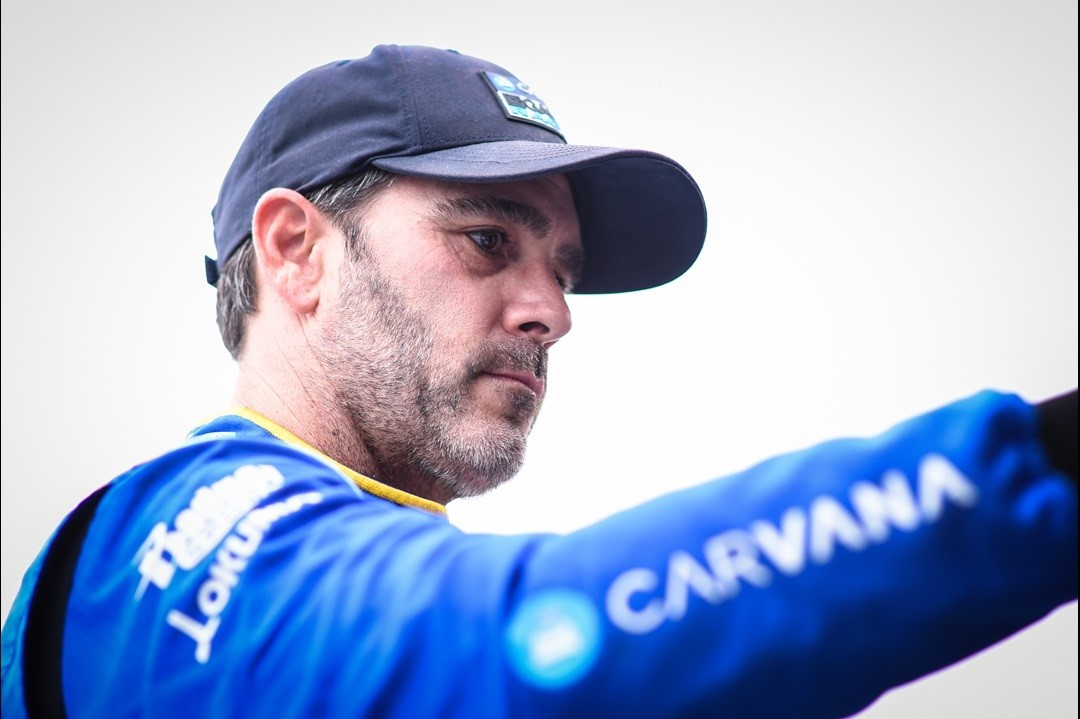 Jimmie Johnson fulfilled a childhood dream Friday when the 46-year-old INDYCAR rookie at long last got to drive a race car on his home track.

Johnson is a superstar with seven NASCAR championships but he grew up an open-wheel fan from El Cajon who idolized Rick Mears. His family often made the 120-mile drive to the Grand Prix of Long Beach, where Johnson and his brothers hung from the fence watching cars zip along the shoreline and through the downtown city streets.

“I remember the roar of the cars on the track below the bridges and I decided then and there that I wanted to race in INDYCAR,” said Johnson. “Long Beach always had a special place in my heart.”

The first season on Johnson’s midlife career change closes Sunday with the INDYCAR season finale, a week after his strongest moments yet through 11 races in a brand new discipline. Johnson experienced his first true team orders at Laguna Seca when Chip Ganassi Racing ordered Johnson to make it difficult for Romain Grosjean to pass him in order to protect teammate Alex Palou.

Grosjean, not even a full season removed from Formula One, plowed his way through the corkscrew and past Johnson to cap a thrilling drive that earned him a standing ovation from the fans crowded below the podium celebration. The Frenchman found himself blinking back tears as he soaked in yet another moment of his joyous move to INDYCAR.

“I was one of the 20 lucky guys in the world to make it to Formula One, had an incredible career,” Grosjean said. “The last few years were a bit tough and frustrating. I knew I knew how to drive but I couldn’t show anything, so definitely coming somewhere where you can fight at the front ... it’s definitely a revival.

“I understand a lot of kids want to make it to Formula One. If it’s to be at the back of the grid every weekend, I think you’re better here (in INDYCAR).”

Johnson is also likely to enter the Indy 500 next season, and he and Grosjean have been INDYCAR’s top two ambassadors in this refreshing season that has given the beleaguered open-wheel series its biggest boost yet. Johnson has 80 friends scheduled to attend Sunday’s race, half the crowd he had a week ago in Laguna Seca.

“We had to turn some friends away,” he said Friday. “It’s a marquee event, it’s so big and I think my friend group, some have already been and want to come back, others are just really curious. There’s just a lot of interest in checking out INDYCAR.”

The series is soaring into the offseason riding a wave of positive gains. INDYCAR celebrated the “re-opening of America” when Indianapolis Motor Speedway hosted about 150,000 people on Memorial Day weekend for the Indianapolis 500, the largest sporting event since the start of the pandemic. It has touted its 100% vaccination rate - high 90s for the entire paddock - and vaccine drives at the speedway that inoculated nearly 100,000 people as reason why it successfully made it to Sunday’s season finale.

Along the way, the series negotiated a new three-year television deal with NBC Sports that will feature an INDYCAR-high 14 races on NBC. INDYCAR announced last week a 17-race schedule that begins in February for the first time since 2004 and the return of the oval at Iowa for a doubleheader.

But the gains on and off the track go much deeper.

There are 28 entries in Sunday’s finale as INDYCAR’s growth has stretched to the grid. Rahal Letterman Lanigan has been working all year toward a third fulltime entry, and Arrow McLaren SP is beginning expansion, too.

Juncos Racing entered the final three races of the season and said Friday that 22-year-old British driver Callum Ilott will pilot the No. 77 fulltime next year. Meyer Shank Racing has added Helio Castroneves to form a two-car lineup that should formally add Simon Pagenaud after the season finale.

Then there’s a new youth wave of participants who have hit the series. The title will be won Sunday by either 24-year-old Alex Palou of Spain or 22-year-old Pato O’Ward of Mexico. Either will be the first champion from a Spanish-speaking country since Juan Pablo Montoya in 1999 and the first champion under 25 since Scott Dixon won his first title at 23.

INDYCAR has featured nine different winners this season - seven in the last 10 races - and its four budding new stars are all aged 24 or younger. Colton Herta is the only American of the fresh faces, but countryman Josef Newgarden said it’s been enjoyable to see an infusion of international fan support for the series’ new drivers.

“We’re a domestic championship... but I love that we have the best talent from around the world and I’d love to see more of it,” Newgarden said. “Interacting with the fans from different areas of the world - like the Japanese fans are some of the coolest fans I’ve ever met in my life, and the Mexican fans actually seem incredible now, having witnessed them from Pato. I think we should welcome it.”

INDYCAR wants to be the hip racing series in the United States and earlier this year signed a deal for its first video game in more than two decades. It has targeted social media influencers as its weekly trackside guests.

Tanner Buchanan, star of “Cobra Kai” and “He’s All That,” last week at Laguna Seca rode in the two-seater with Mario Andretti and posted to his 3.5 million Instagram followers it was “one of the best weekends of my entire life!”

Among the guests Sunday at Long Beach will be TikTok influencers and stars from streaming platforms, while rapper Snoop Dogg, who grew up in Long Beach, will voice the show open for NBC Sports.

INDYCAR this season started development on a true diversity program in its Race for Equality & Change initiative, and with support from Roger Penske, a team comprised almost entirely of women entered the Indy 500 as Simona de Silvestro marked the return of a woman to the field.

INDYCAR also will bolster its development program next year when Penske Entertainment Corp. acquires the rights to the Indy Lights series. INDYCAR will be the sanctioning body and promoter of the final step on the “Road to Indy” ladder system in which the Lights champion earns a $1.3 million scholarship to use toward advancing to the big leagues.

The INDYCAR Series currently features 20 Indy Lights graduates, and Roger Penske envisions Lights as the series where both young drivers and crews can be developed.