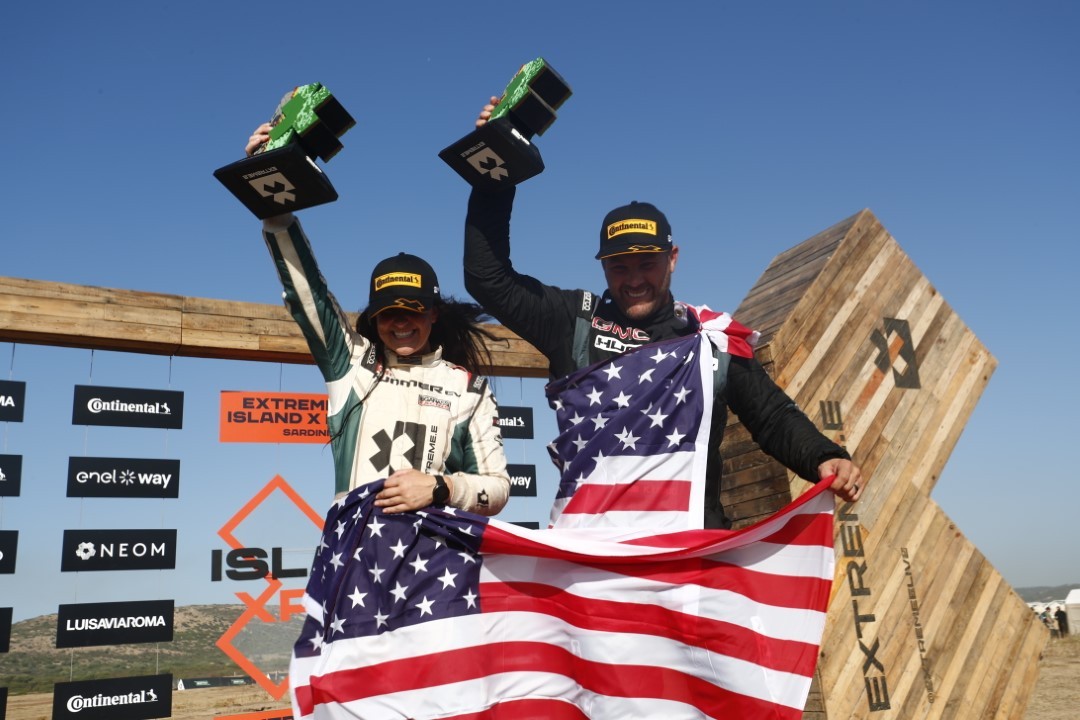 Dixon, Franchitti, Montoya, Zanardi... Chip Ganassi Racing’s roll of honor is a long one. And not just in INDYCAR, either. The team can also count wins in NASCAR, sports car racing (on both sides of the Atlantic), and even rallycross among its long list of successes.

Last week, two more names - Kyle LeDuc and Sara Price - joined the club, with Extreme-E adding to the list of series where Ganassi has struck gold after the team claimed a long-awaited first victory in the all-electric off-road series. 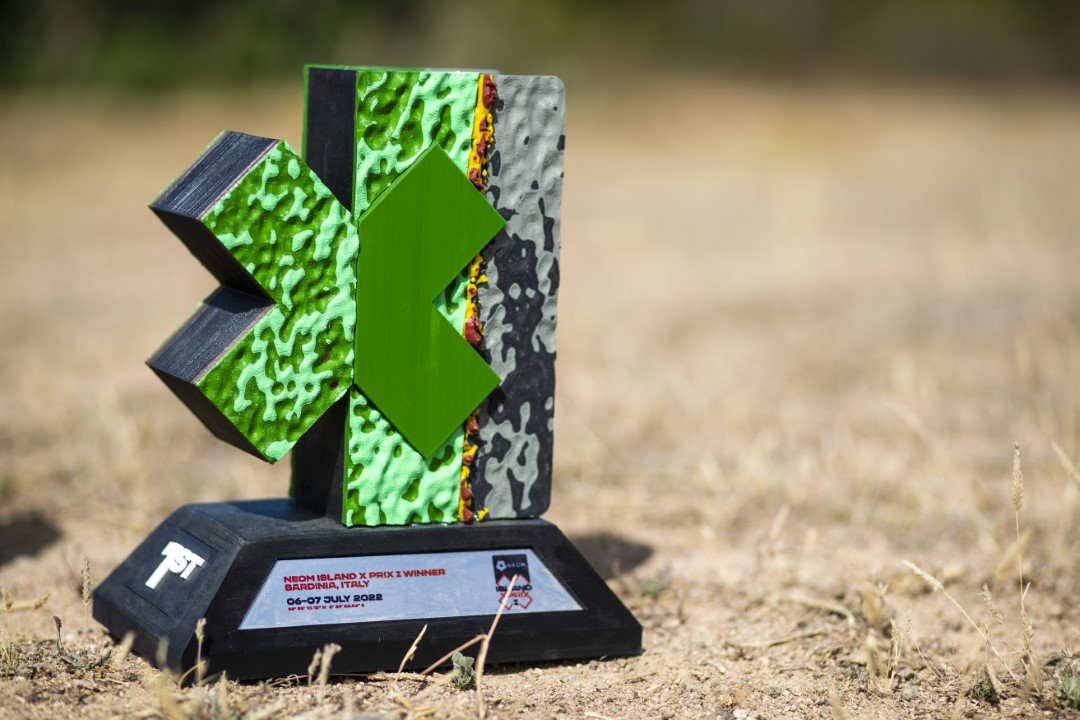 The win came after a year of heartbreak during which the GMC Hummer-backed squad was more often than not the class of the field in terms of outright pace, but blighted with inexplicable bad luck.

Case in point: Ganassi’s first Extreme-E win coming at Sardinia was made all the more poignant by the fact that last year, the team held a comfortable lead in the final only to suffer a heartbreaking suspension failure, denying them what could have been the most convincing victory in the series’ short history.

This time around, after topping practice then suffering a pair of electrical issues in qualifying, it was the Ganassi’s rivals that found black cats at the venue. Abt Cupra lost a win in the Crazy Race - a last chance qualifier to lock in the final main event starter - and Rosberg X Racing had an on-the-road victory in the final taken away for causing a collision, elevating LeDuc and Price to that elusive top spot.

“We were fastest in practice then, we had issues in both Q1 and Q1 for for round two,” LeDuc told RACER of the team’s performance this time around. “I mean, obviously we didn’t know where we stood, we got shoved into the Crazy Race and were able to capitalize on someone else’s mistakes and things like that.

“It was a crazy ride up to the main event and to come out winning it, capitalizing on someone else’s disaster, was good for us.”

For Price, not only did she play a part in the team’s first Extreme-E win, which is also CGR’s first win in an all-electric series, but she cemented her place in Ganassi folklore as its first-ever female race winner, too.

“It’s super-crazy,” she enthused. “They’re all so excited, everyone is. Chip was so pumped and I guess I’m the first female [winner] for Chip Ganassi Racing, which has been really cool and big for him. I’m pumped for that and we’re proud to be a part of this team.”

LeDuc, a seven-time Pro4 off-road champion, also had something extra to smile about. Hailing from a family of off-road racing stars - his father being Dakar veteran Curt LeDuc and his brother monster truck ace Todd LeDuc - Kyle now has his own brag to share during Thanksgiving dinner with an international racing trophy taking pride of place on his mantle.

“Yeah, that’s a damn good point,” he said with a laugh. “We’ve won a lot of stuff before and to do something this far away from home is pretty record-breaking, so that’s a good point. I’m going to keep that one for a while!” 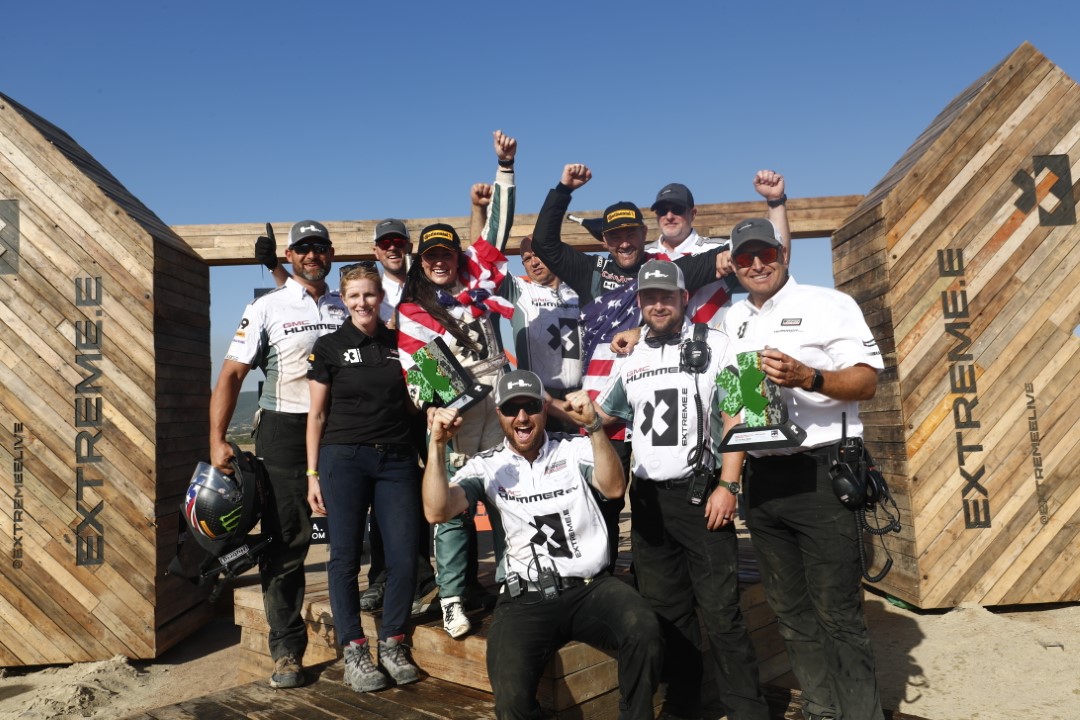 Ganassi is no stranger to the top echelons of motorsport, but its latest victory comes in a field packed with top talent from across Europe and the worlds of rallying and off-raod racing. That’s not the team’s typical playground, something Ganassi’s Extreme-E team boss Dave Berkenfield was keen to highlight.

“This series keeps growing and keeps developing, and to get a win against the level of competitors, it’s really good,” he said.

“We’re excited. I think that the team really deserves it, [it’s] super-exciting, Chip is really pumped, it’s great for GMC and Hummer EV to do it here in Sardinia.”