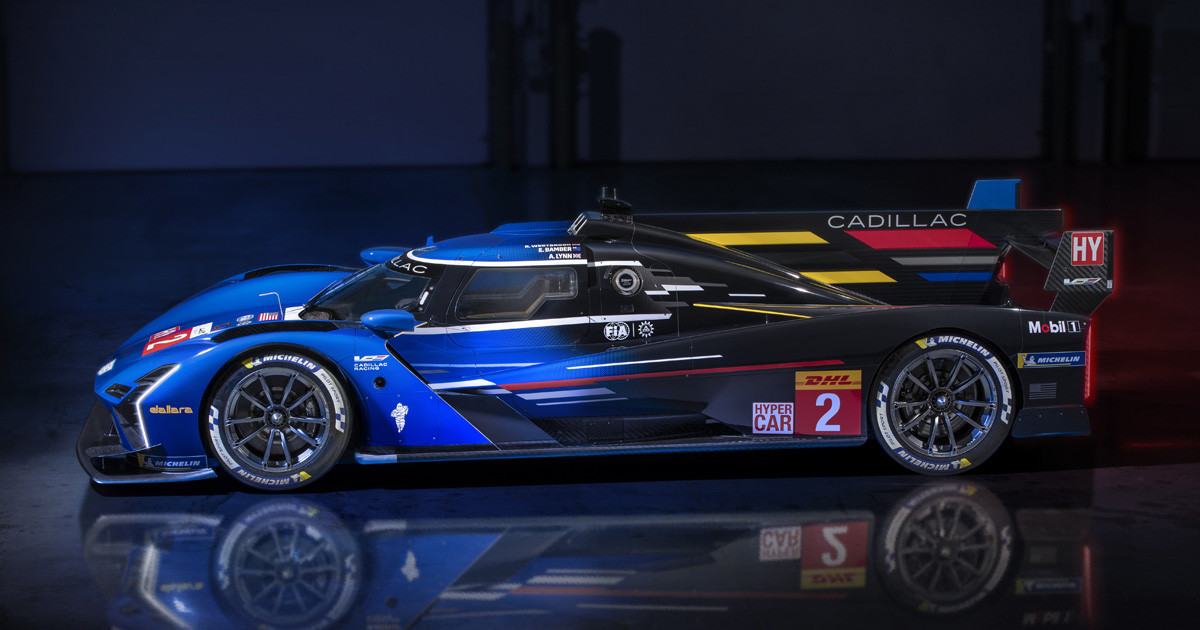 Chip Ganassi Racing and Cadillac will bring a shared history of success to Daytona International Speedway this month as they debut in Grand Touring Protype (GTP) class competition, which will showcase their hybrid-powered prototype race cars in the IMSA WeatherTech SportsCar Championship.

Sebastien Bourdais, Scott Dixon and Renger van der Zande will pilot the No. 01 Cadillac V-LMDh at the 12-turn speedway road course, while Earl Bamber, Alex Lynn and Richard Westbrook will team up to drive the twin No. 02 Cadillac V-LMDh.

The Roar Before the Rolex 24 will be held from January 20 - 22 and features five practice sessions culminating with qualifying on Sunday afternoon. Tune-in live from 1:20 - 3 p.m. ET on IMSA.TV to watch all the action.

Race start for the Rolex 24 at Daytona is at 1:40 p.m. ET on Saturday, January 28, with live coverage throughout the 24-hour event.

No team has recorded more overall wins (6) in 24 Hours of Daytona competition than Chip Ganassi Racing (2015; 2013; 2011; 2006-08). CGR’s 8 total victories at the historic event are also the 2nd-most in race history. Chip Ganassi Racing has registered 63 all-time IMSA victories across their vast period of success, tied with Audi for the 3rd-most among entries in series history.

The team has joined forces with Cadillac, who has dominated the sports car landscape in recent years. Competing in the DPi class .from 2017-2022, Cadillac earned more victories (27) than any other manufacturer in that span.

Scott Dixon will co-drive the No. 01 Cadillac V-LMDh in what will be his 20th career start at the 24 Hours of Daytona. Dixon’s 4 career victories at Daytona are tied for the 2nd-most among drivers competing in this year’s race (Lally: 5; Barbosa: 4), while that mark is also tied for the 6th-most throughout the all-time history of the race.

Bourdais will look to build on a successful 2022 campaign, where he won the Motul Pole Award after setting new track records in 3 of his 4 pole-winning performances (Sebring; Long Beach; Belle Isle) in DPi competition.

Earl Bamber: “I think having a regular qualifying session instead of a race this year is good for all the GTP class cars. Everyone wishes they had an extra month or two and it’s just the way of the new formula. The guys at GM, Cadillac and Chip Ganassi Racing have put a huge amount of work and effort into where we are and I think everyone is excited to get the car on track and see what we’ve produced in the last year and a half.”

Sebastien Bourdais: "Everything is new and yet the race is just around the corner. Usually, you spend a lot more time trying to refine the set-ups and everything going into a race, especially being the biggest race of the year. But we’ll have a couple of days during the Roar and then we’ll go racing. We want to see Cadillac win it and we’d love to be the car to win it.”

Scott Dixon: "Being part of the program a good amount in the off-season, I’ve seen a lot of great development with the car. I’m ready to kick off the season strong. On the Cadillac front I think all the driver lineups are fantastic, the car has been fast, they look like winning cars. All the manufacturers coming in have brought a new intensity to IMSA, which is great for the race itself and the long term."

Alex Lynn: "As a crew, we’re ready to perform. It’s the biggest race on the American calendar, so from that side all three of us have experience and we know what it takes to get it done. We need to stay calm with a brand-new car and make sure we arrive on race day with the best possible chance of winning.”

Richard Westbrook: "It’s been a race against time with the development of the Cadillac V-LMDh. It’s a whole new class, whole new formula and everyone was wishing they had more time. We have to be ready and I think round one is going to all be about reliability. We had a very successful 24-hour test and a good test at Daytona in December, so that puts us in good stead."