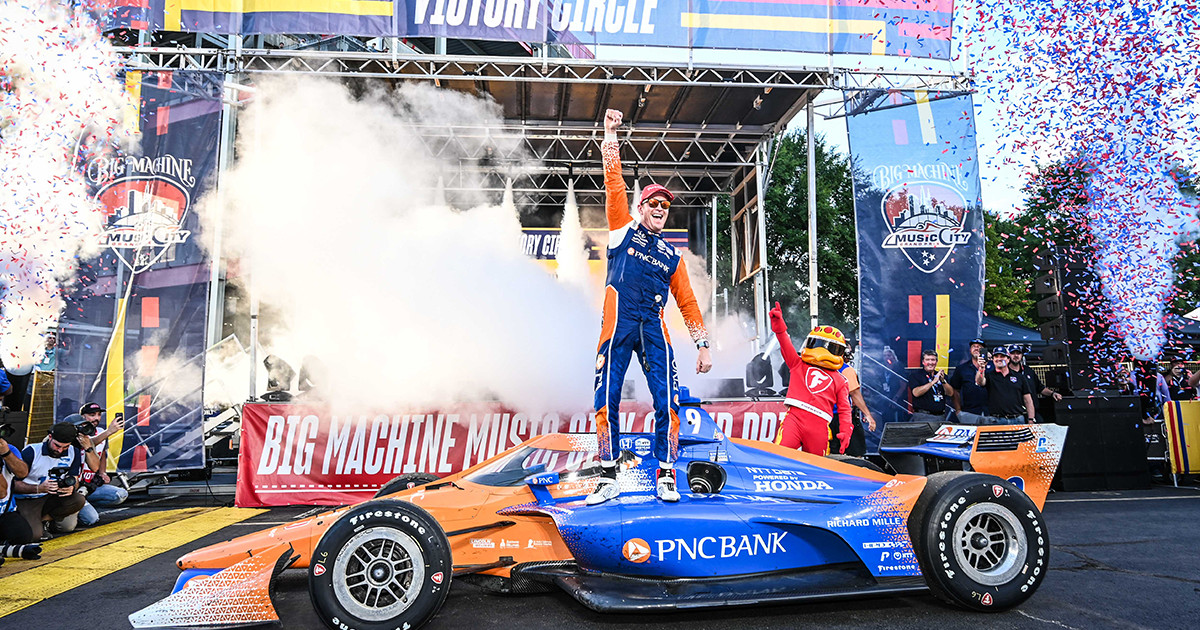 Scott Dixon and the No. 9 PNC Bank team made history at the Music City Grand Prix today, as he registered his 53rd career win, breaking a tie with Mario Andretti for the 2nd-most in INDYCAR SERIES history (A.J. Foyt: 67).

Dixon is the first driver to take sole possession of second place on the all-time wins list since July 1, 1984, when Mario Andretti won his 37th INDYCAR SERIES race at the Meadowlands to break a tie with Al Unser Sr.

Dixon has now picked up 2 wins and 5 top-5 finishes in his past 6 races. With today’s victory, Dixon jumped into 2nd on the points leaderboard (444), just 6 points back of the leader. Dixon has registered 220 points in that time (since Mid-Ohio), the most among the field.

Dixon’s win marked the 4th-narrowest margin of victory on a street or road course in series history (0.1067 seconds). 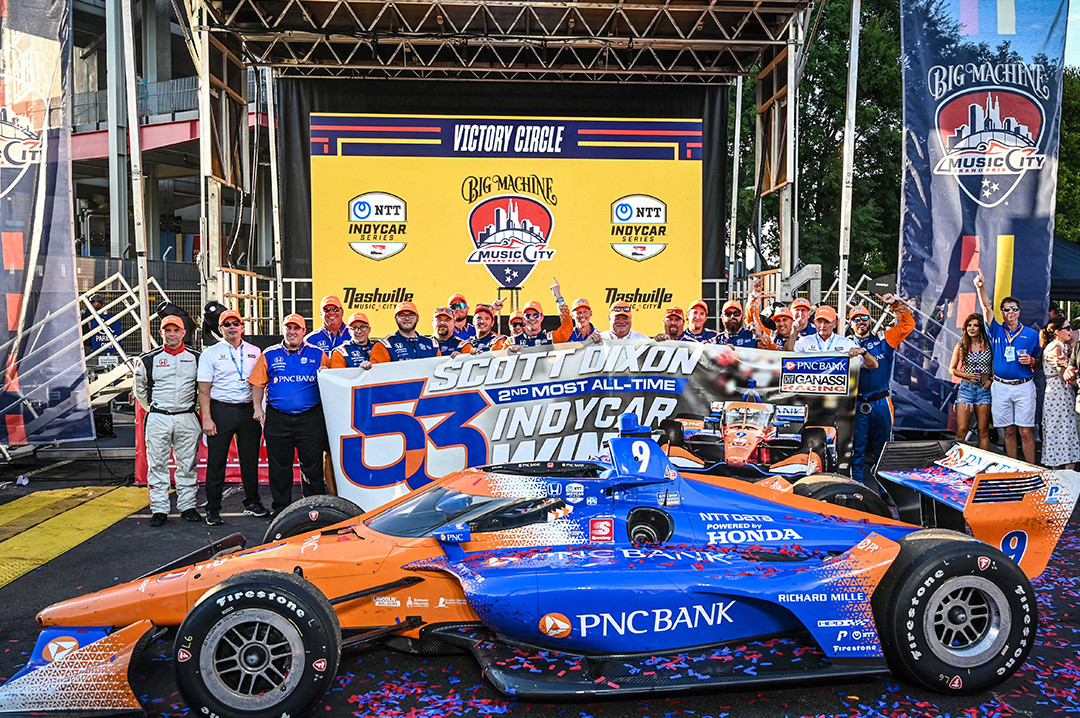 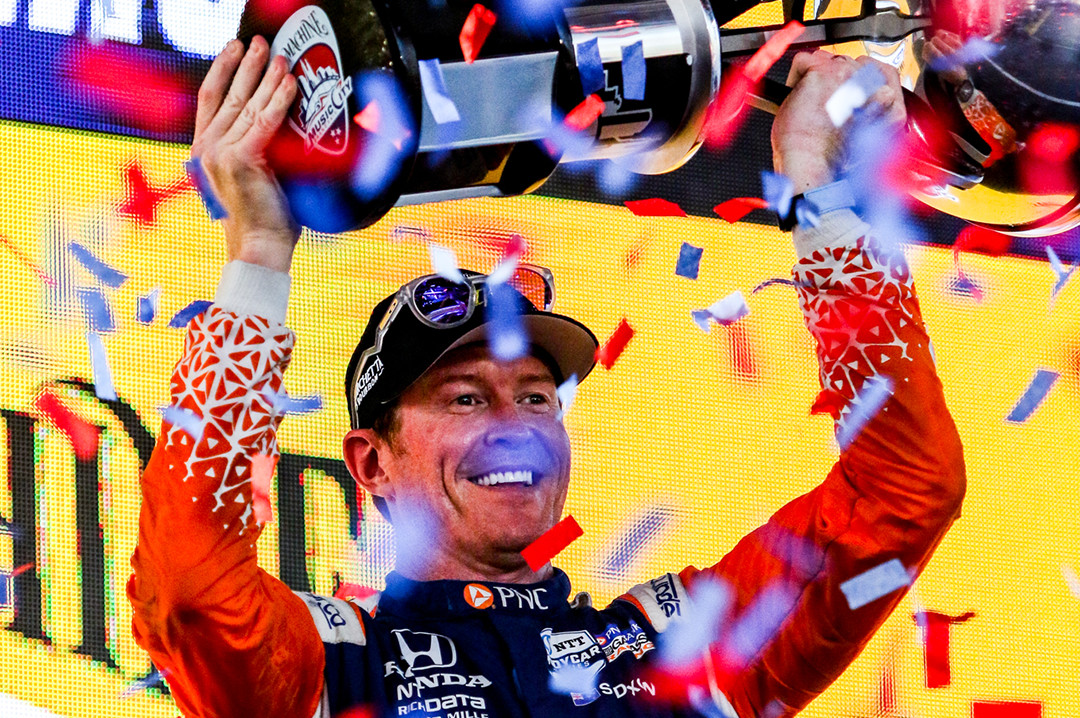 Scott Dixon
No. 9 PNC Bank Honda"We knew the No. 9 PNC Bank was fast all weekend. Kudos to the team; we had a big crash there and took half the floor off the car. We had to take four turns of front wing off, so we had no grip. I think we did about 45 or 50 laps on that last set of tires. Nashville is awesome and that was such a wild day. These ones are a lot of fun because it’s such a team effort and for all that we achieved.” 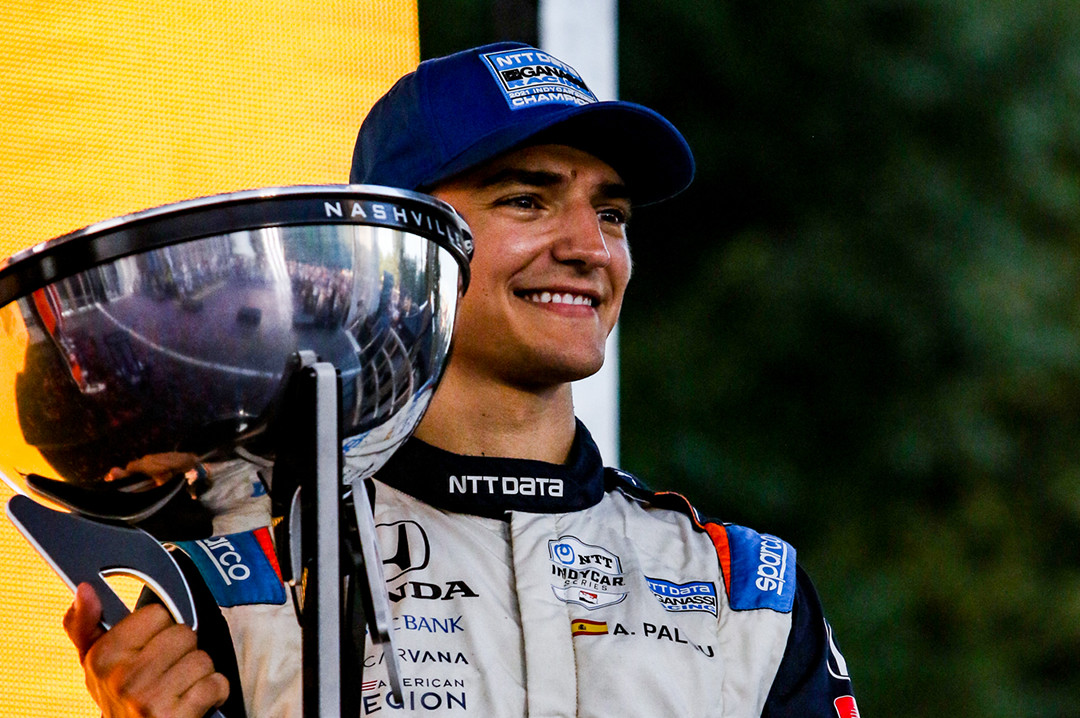 Alex Palou
No. 10 NTT DATA Honda"I thought it was a good day for the No. 10 NTT DATA Honda car. The team did such an amazing job with the pit stops and strategy all day. I’m very happy and it was well deserved for the team, and for Scott Dixon, as well. It’s time to push once again to get this NTT INDYCAR SERIES championship. We got one step closer, but a long way to go.” 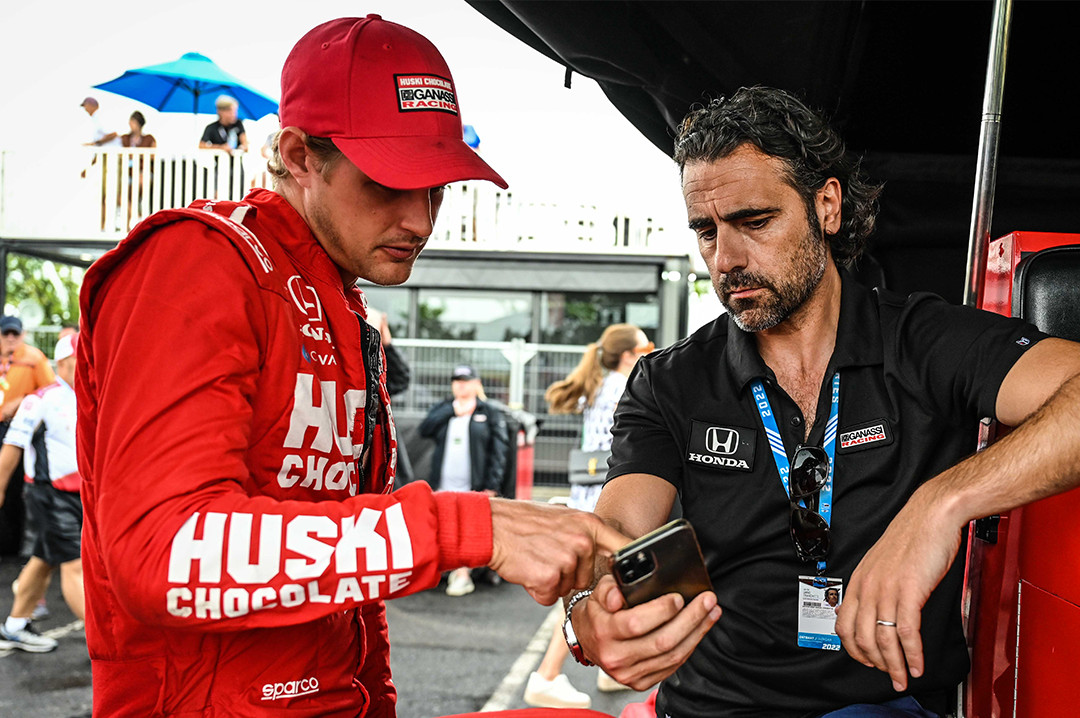 Marcus Ericsson
No. 8 Huski Chocolate Honda"It was a crazy race here in Nashville. First, congrats to Scott and the No. 9 team for the victory and Alex for the P3 result. For us, we got hit multiple times, cut tires and yellows falling at the wrong times, but we still kept fighting through the whole race. We got ourselves up there to a top-5 at the end off another restart, but unfortunately, got hit again and the car just couldn’t take it. We tried to get to the end, but it was just not possible with the damage. Extremely disappointing because I thought we had a great race, great pace in the car and the driving was really good, as well. I’m proud of the effort from the No. 8 Huski Chocolate crew and how we kept fighting. Didn’t get the result we deserved, but we’re very much in the mix and looking forward to Gateway and the last few races.” 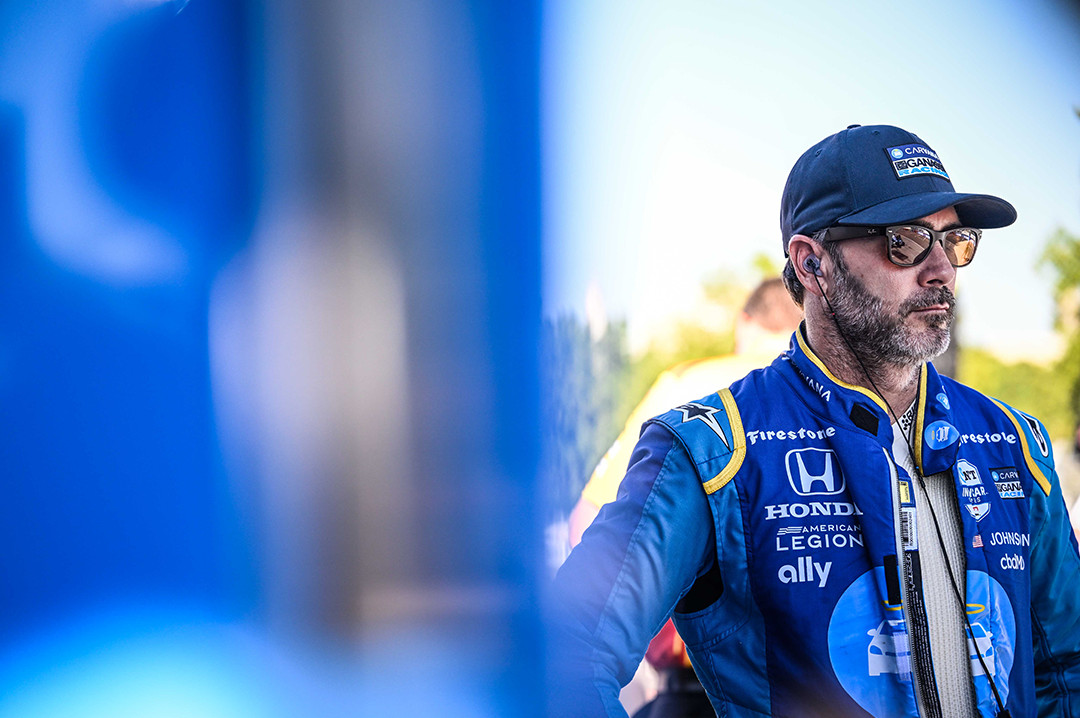 Jimmie Johnson
No. 48 Carvana Honda"Unfortunately, we didn’t make it to the end of the race today. Had some contact in the race and some suspension damage. We were setting up to have a really strong finish and something happened during turn four on the lap I crashed. I’m not really sure why, but the car started bottoming badly. Tore up the car and unfortunately, didn’t get to the finish line. It was a great effort from everyone, just sad we didn’t make it the distance.”

Next up for the Chip Ganassi Racing INDYCAR team is the Bommarito Automotive Group 500 at the World Wide TechnologyRaceway on Sunday, August 20. You can catch all of the INDYCAR action on the INDYCAR App Powered by NTT Data.

260 LAPS | 325 MILES
World Wide Technology Raceway is an intriguing 1.25-mile (2.01 km) oval favored by many of the drivers who race there due to the unique shape and varying degrees of banking in each corner. Turns 1 & 2 have characteristics similar to New Hampshire Motor Speedway while Turns 3 & 4 are similar to ISM Raceway in Phoenix and the track's egg shape is reminiscent of the oval at Twin Ring Motegi.