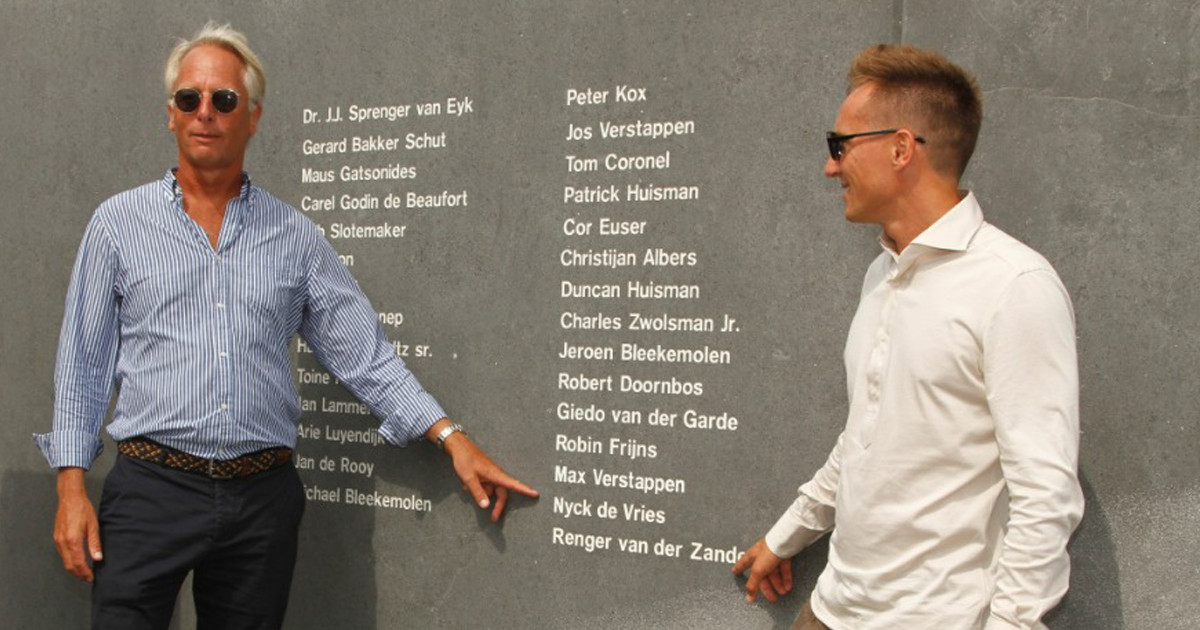 Two names of internationally successful Dutch racing drivers were added to the national motorsport monument next to the main entrance of the circuit of Zandvoort in The Netherlands. One of the drivers whose name now features on the impressive stone monument is two-time Rolex 24 At Daytona winner Renger van der Zande, currently racing a Cadillac DPi for Chip Ganassi Racing in the North American IMSA WeatherTech SportsCar Championship. The other new addition to the list of prominent Dutch drivers is the 2021 FIA Formula E world champion, Nyck de Vries, also the reserve driver of the Toyota Gazoo Racing team in the hypercar class of the FIA World Endurance Championship. 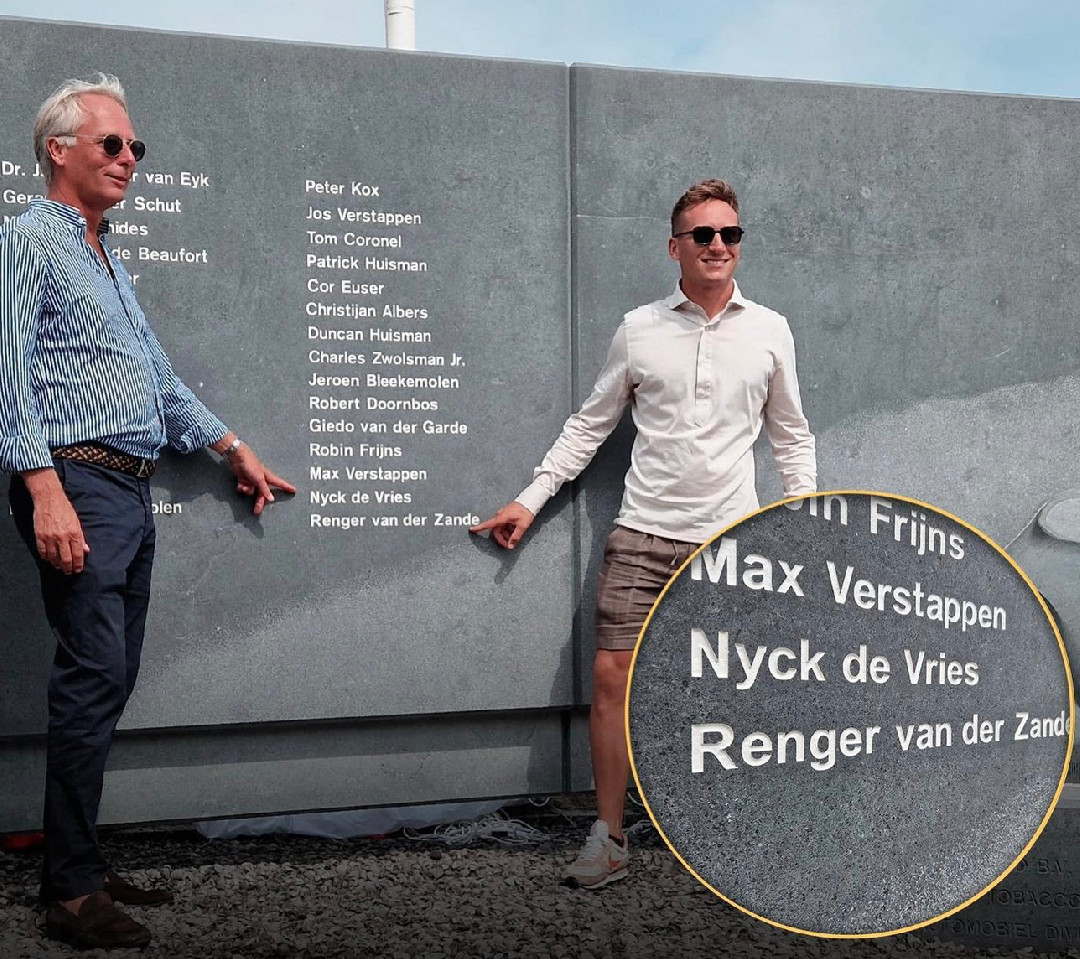 The Dutch national motorsport monument was created in 1999 following an initiative by some drivers, managers and journalists to acknowledge significant achievements by Dutch drivers at international level in motorsport. The fatal accident of promising Dutch driver Marcel Albers, who tragically passed away in a Formula 3 racing accident at Thruxton in the UK in April 1992, played a key role in the process. Various Dutch companies, including the Zandvoort circuit, have supported the initiative. An expert jury including two-time Le Mans and Targa Florio winner Gijs van Lennep, a representative of the Zandvoort circuit and experienced motorsport journalists gathers every year to evaluate achievements by Dutch racing drivers for potential addition to the monument.

Renger van der Zande attended the unveiling with his wife and kids and his parents as well as numerous friends and people who helped him during his career. “It feels a bit strange to see my name there while I am still busy winning races,” he admitted. “But it makes me incredibly proud that I have been added to the list and grateful for all the support I received to get where I am now.” A works driver for Cadillac Racing, van der Zande is heavily involved in the test programme for the new Cadillac LMDh car that will compete in FIA WEC and IMSA competition from next year. Prior to the final round of this year’s IMSA WeatherTech SportsCar Championship, Motul Petit Le Mans at Michelin Raceway Road Atlanta (1st October), van der Zande will also be racing an LMP2 car for British team, Vector Sport, in the FIA WEC round at Fuji. 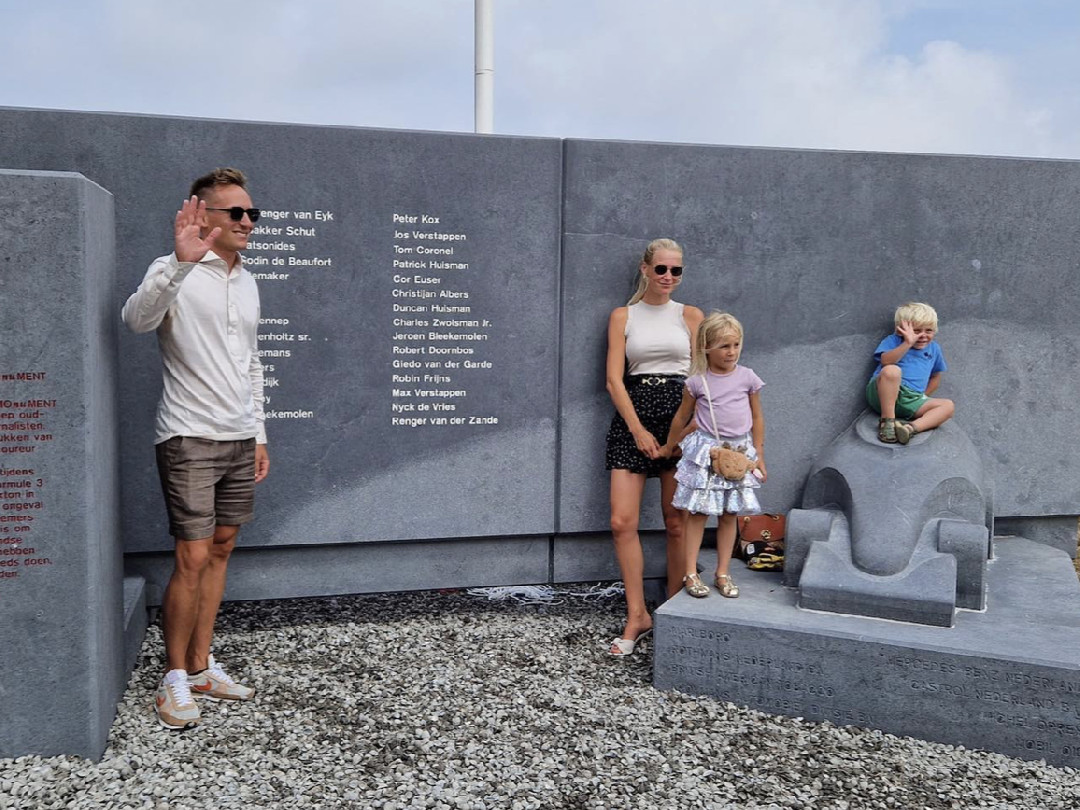 Nyck de Vries, who became the first-ever Dutch world champion in four-wheel motorsport (karting not included) by winning the ABB FIA Formula E World Championship title last year, was represented by his father Hendrikjan, a former racer himself, during the unveiling. De Vries won titles in various single-seater categories including the 2019 FIA Formula 2 Championship and was a works driver for the Mercedes EQ team in Formula E for the past two seasons, winning the world championship title last year. De Vries is also a reserve driver of the Mercedes-AMG Petronas F1 Team and participated in two free practice sessions in Formula 1 this season. He tested IndyCars in December 2021 as well and furthermore has a pedigree in sports car racing, including an LMP2 class win and podium results in the FIA WEC. He has been a test and reserve driver for the Toyota Gazoo Racing team since June 2020.